What Is Military Exposure? 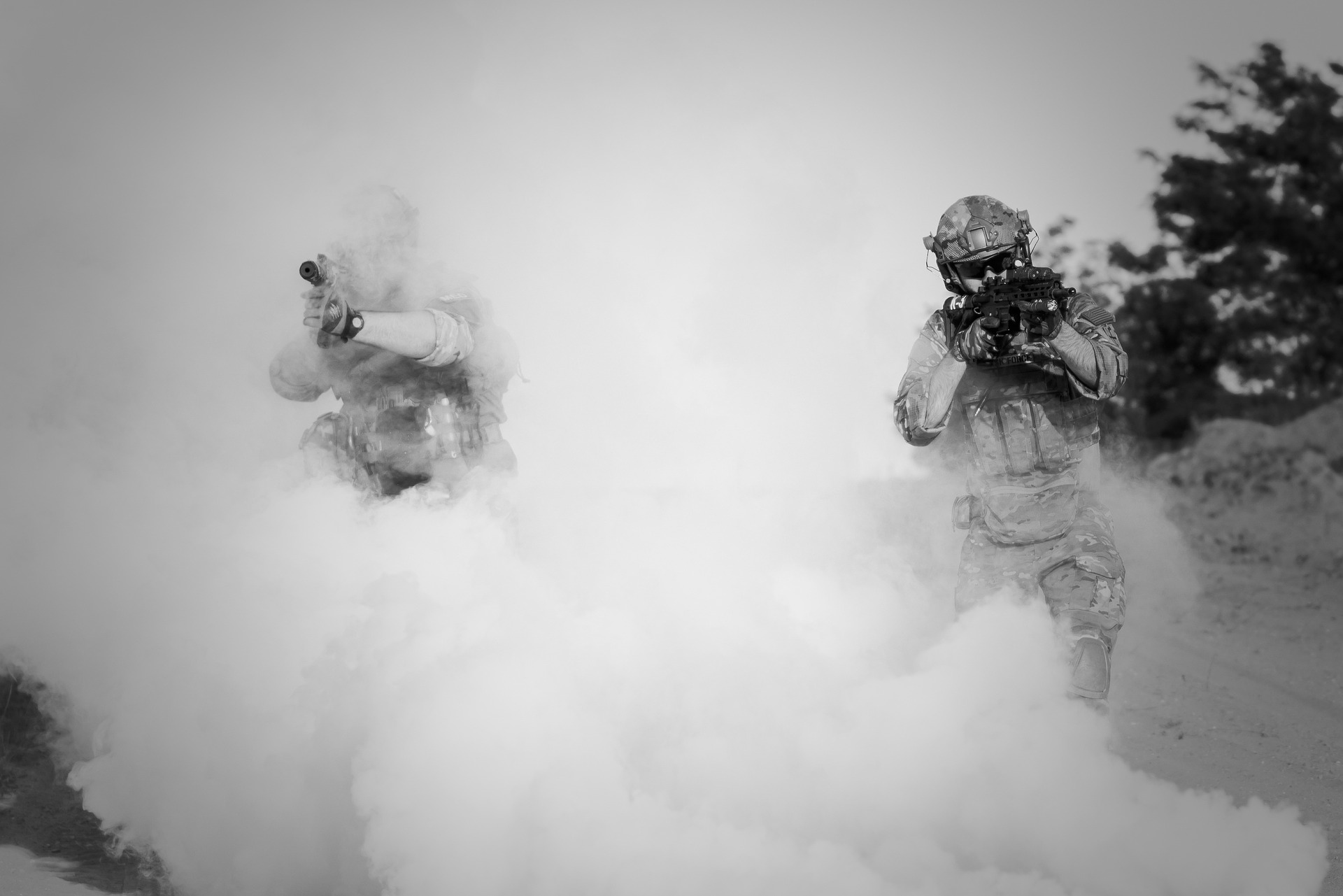 It can be common for American military members to face danger on a daily basis – including exposure to a myriad of potentially toxic substances. If you are a United States veteran experiencing chronic physical or mental health issues following your time of service, you may be eligible for disability benefits from the VA.

Specifically, if your current medical condition is caused by exposure to environmental hazards during your time of service, you may qualify for VA disability benefits.

It’s easy to imagine the various hazards men and women in military service experience during their terms of service. Whether combat dangers, the risk of disease, or the chance of suffering serious injury, the dangers associated with military service are many and varied.

However, one often overlooked hazard for the men and women of the U.S. military is the degradation of physical or mental health and well-being that may come with exposure to a wide variety of hazardous substances. Military members regularly come into contact with hazards through their day-to-day work and various assignments.

Many U.S. veterans have developed long-term, chronic health issues even years after separating from service. Many of these conditions are caused by exposure to toxic substances while they served in the military. In these cases, veterans may be eligible for VA disability benefits under the presumptive category of military exposure.

What Is Military Exposure?

In these cases, the veteran does not need to meet the VA’s typical standard of medical evidence and documentation to establish a service connection with their current medical condition. They just need their military records to prove the time and location of military service.

When it comes specifically to military exposures, the VA recognizes that U.S. veterans historically have been exposed to a spectrum of chemical, physical and environmental hazards during their time of military service. In many cases, these military exposures have led to chronic and sometimes debilitating health issues for those veterans, some not manifesting until years after the veteran has separated from service.

Based on the medical conditions most commonly associated with exposure to toxic substances, the VA can make a swift decision about whether a veteran’s VA disability claim meets the appropriate criteria.

While the list of potential environmental hazards that U.S. military personnel may have been exposed to during their service is lengthy, it can be divided into several categories.

Many who served in the U.S. military were exposed to several different air pollutants, depending on the time, location, and duration of service. These pollutants have a variety of documented sources that the VA recognizes, including open burn pits, general air pollution in some countries, oil well fires, sand, dust, other airborne particulates, and sulfur fires. There is also a specific combustion plant in Atsugi, Japan, that once burned medical and industrial waste.

Airborne pollutants associated with these environmental hazards have been known to cause many different respiratory issues for American military personnel, including asthma, sinusitis, rhinitis, constrictive bronchiolitis, reactive airway dysfunction syndrome, and even an increased risk of some cancers.

If you were exposed to these types of air pollutants, you should let the VA know. You can register with the Airborne Hazards and Open Burn Pit Registry to document your exposure and health concerns through an online questionnaire. Doing so provides important information to the VA when it comes to tracking the exposure and health conditions of U.S. veterans. It can also serve as medical evidence when filing a VA disability claim.

U.S. military members stationed around the world often come into contact with dangerous chemicals. Some of the most commonly encountered include Agent Orange, or other chemical herbicides used during the Vietnam War to destroy crops and other foliage.

From the 1950s to the 1980s, members of the U.S. Marine Corps and their families stationed at Camp Lejeune may have been exposed to toxic legacy chemicals in the drinking water. These people may suffer physical and mental health ramifications today as a result.

The VA has recognized spina bifida as a medical condition found in the children of veterans who were exposed to toxic chemicals during their military service. When it comes to this category of presumptive disabilities, dependents and survivors are also often eligible to receive various VA benefits.

Depending on a veteran’s specific occupation during military services, they may have been exposed to various occupational hazards that include exposure to the following: asbestos, polychlorinated biphenyl and industrial solvents, lead, radiation, periodic powerful vibrations, extreme noise levels, and even chemical agent resistant coatings used on military vehicles.

Prolonged exposure to these occupational hazards has been shown to result in several different medical conditions for U.S. veterans, including neurobiological damage, anemia, brain or kidney damage, hearing loss, tinnitus, and some types of cancer. It may be possible to receive VA disability benefits if your term of service placed you in contact with these occupational hazards and your current medical condition is among those the VA recognizes as being historically related to these hazards.

Military veterans may have been exposed to two different types of radiation: non-ionizing and ionizing. Of the two, ionizing radiation exposure presents the greater danger, releasing powerful energy that can cause health risks. An ionizing radiation dose releases enough energy to remove an electron from an atom or molecule and to alter the DNA within cells. Veterans who worked with nuclear weapons testing, X-rays, or some measurement and calibration sources may have come into contact with ionizing radiation.

The VA recognizes that many health conditions may be caused by exposure to ionizing radiation. Veterans may be eligible for both disability compensation and VA health care for these diseases, and their survivors may be eligible for survivors' benefits. For example, several forms of cancer are known to be caused by ionizing radiation, like cancer of the bone, brain, breast, colon, esophagus, gallbladder, liver, lung, pancreas, ovary, small intestine, and stomach. Leukemia, non-Hodgkin’s lymphoma, and multiple myeloma are also considered results of ionizing radiation.

Other warfare agents may include mustard gas and nerve agents, like those used prolifically during World War II. From 1955 to 1975, veterans involved in classified medical studies at Edgewood Arsenal, Maryland may have long-term health repercussions.

Veterans who served in areas where the toxic substance Agent Orange and other herbicides were stored or tested also may potentially have been exposed. The U.S. Department of Defense has shared with the VA a list of dates and locations of herbicide tests and storage for reference.

Also, a service member who participated in Project 112/Project SHAD (Shipboard Hazard and Defense) may face long-term health problems related to this exposure. The project included a series of tests conducted by the Department of Defense from 1962 to 1973 to explore potential risks to U.S. warships and American military forces from chemical and biological warfare agents.

As long as a veteran can show they served within the eligible parameters, they will likely receive VA disability benefits for medical conditions related to military exposure. Medical evidence and documentation must also establish that the veteran has indeed been diagnosed with one of the eligible medical conditions.

It’s important to remember that VA disability claims often are denied on first review. Just because military toxic exposure classifies as a presumptive category doesn’t necessarily mean that winning a presumptive disability claim will be easy. You may still find it helpful to confer with a qualified and knowledgeable VA disability attorney who can assess the strength of your claim, and help you develop a strategy for navigating the claim review process – including the appeals process.

For more than 50 years, doctors have connected military service to chronic health conditions based on where and when a veteran served. Many of these conditions are caused by exposure to environmental hazards at various military locations. Exposure to dangerous substances that have historically affected service members’ long-term health could form the basis of a successful claim for benefits.

If you served under any of the time and location parameters outlined here and are suffering long-term health problems, you should find out whether your situation qualifies for VA disability benefits. You owe it to yourself and to your loved ones to claim all the health care benefits you deserve for the service you gave to your country. 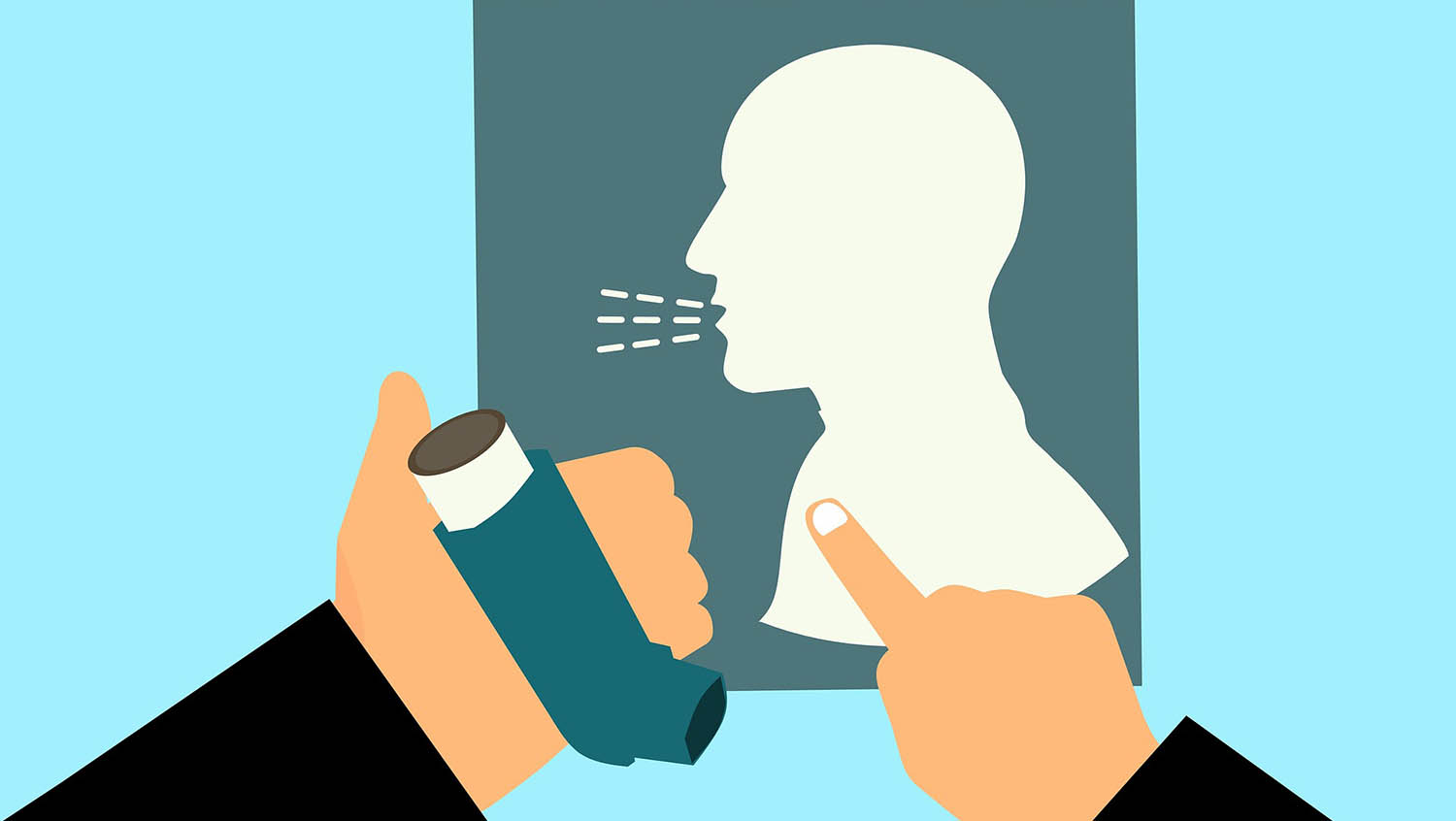 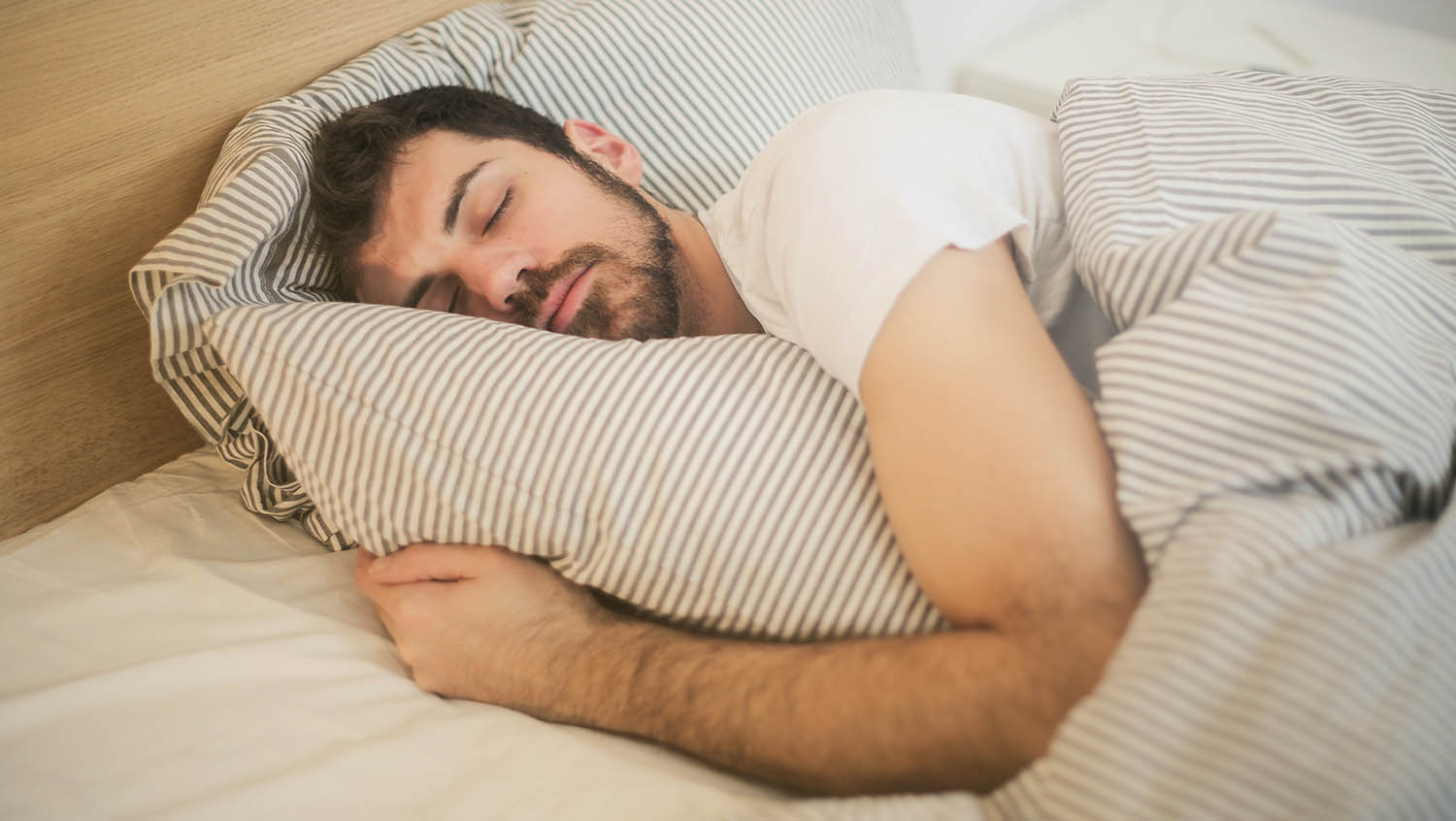 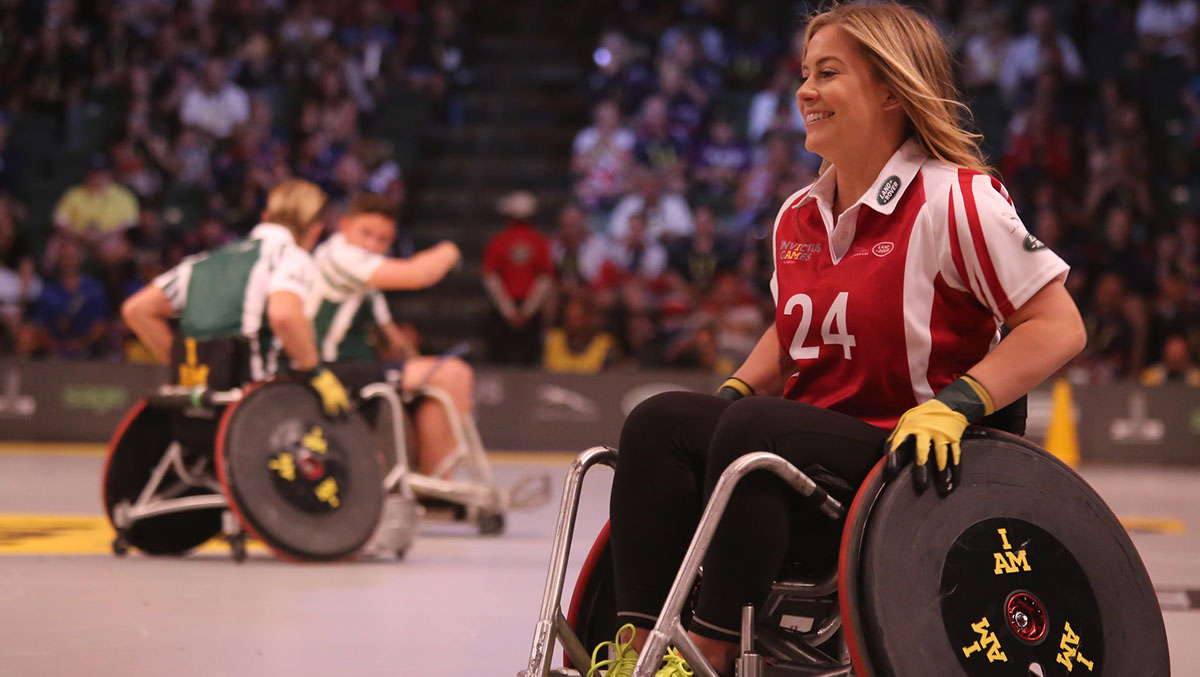 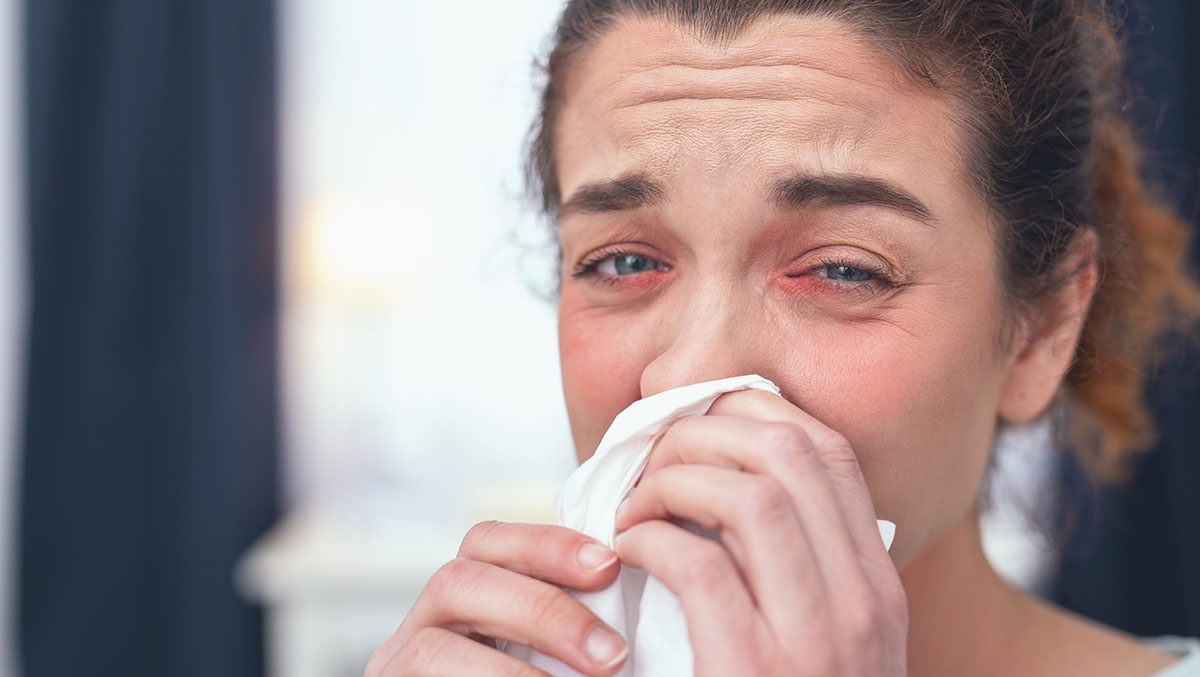 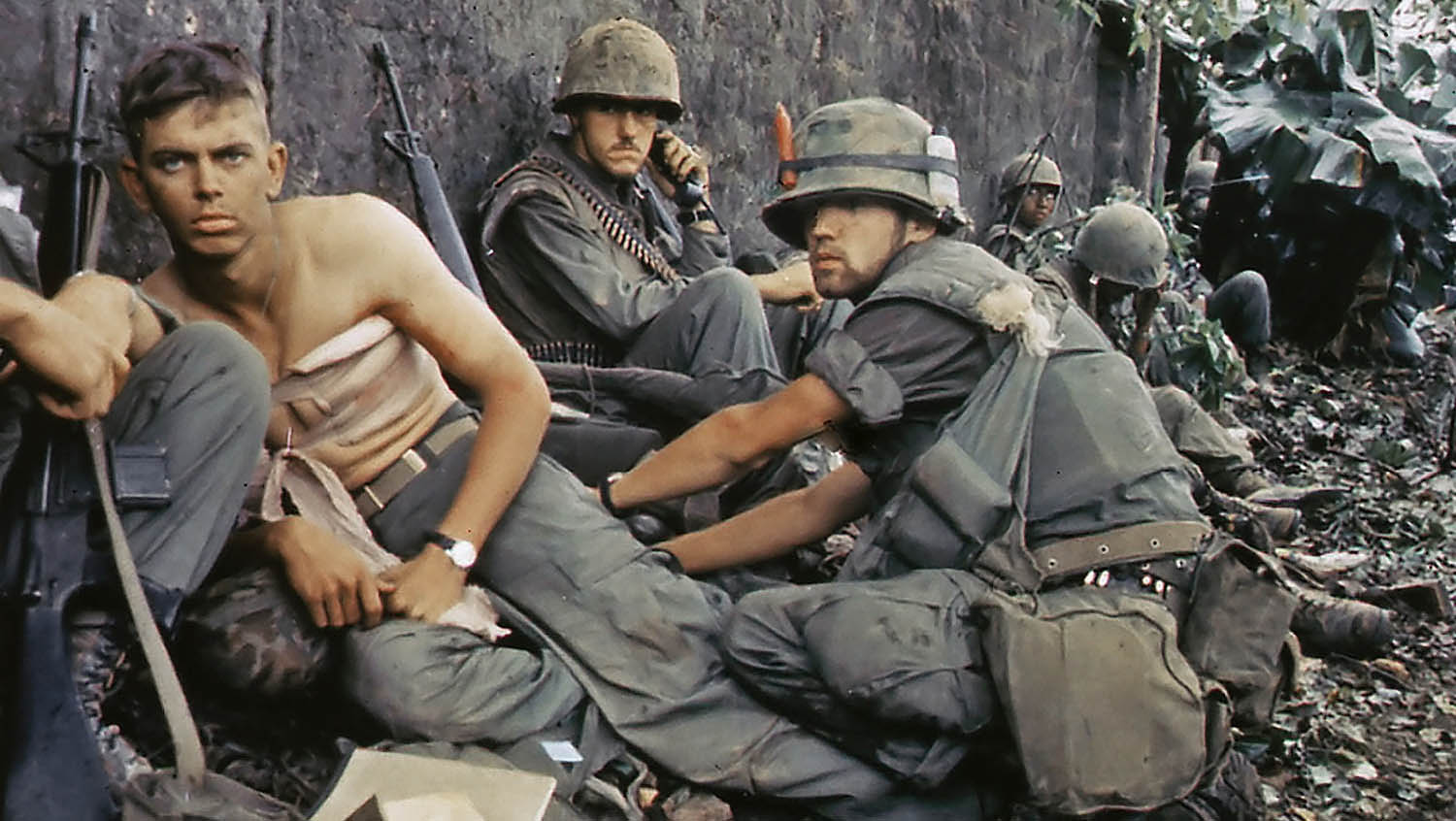