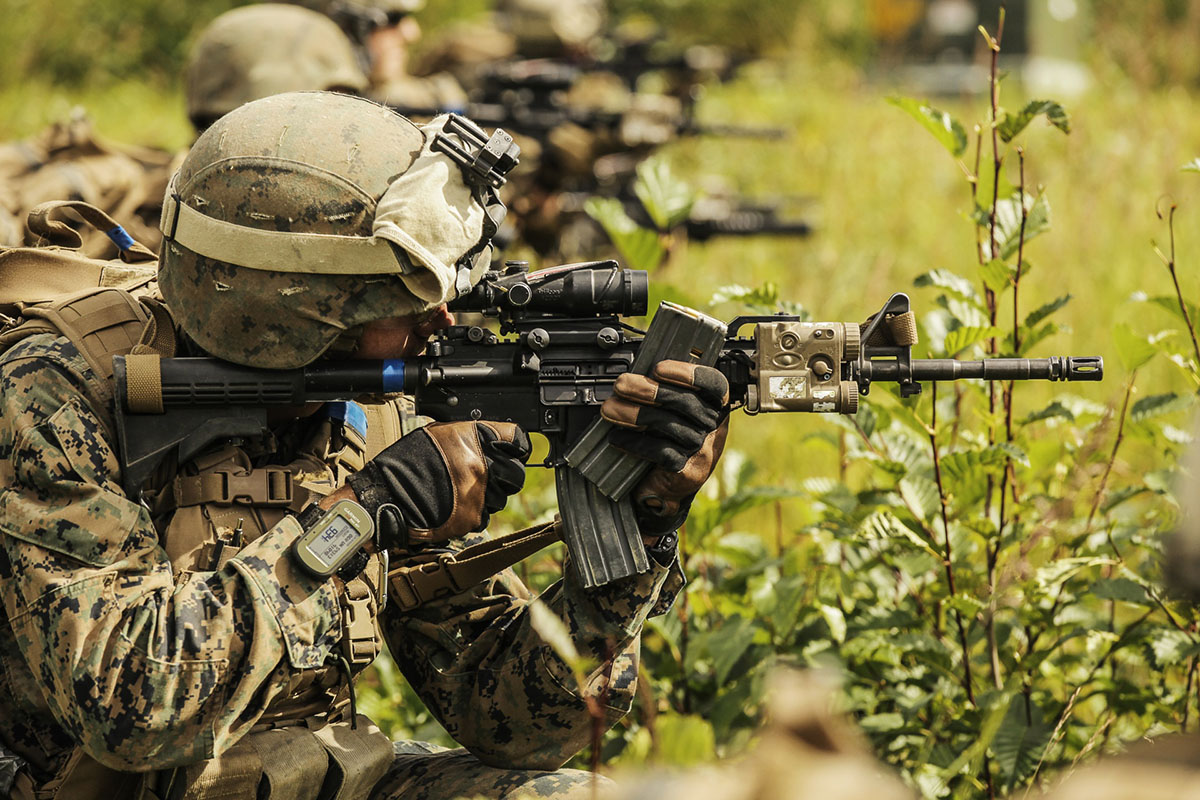 Veterans and their families may be entitled to certain benefits if they were stationed at the Camp Lejeune Marine Corps Base Camp or the Marine Corps Air Station (MCAS) New River, Onslow County in North Carolina.

Those who lived on base from August 1953 through December 1987 may have been exposed to contaminated drinking water, resulting in certain diseases. If you or a family member have been exposed, financial compensation and health care are available from the Department of Veterans Affairs.

To receive additional health coverage and financial compensation for your disability claim, both of these must be true:

If you currently suffer from any of these conditions and if you or an immediate family member were stationed for at least 30 days at Camp Lejeune within the time frame of contamination, you’re likely due compensation.

It’s estimated that those who lived on the base may have been exposed to toxic chemicals that were 3,000 times over the safe limit of toxic exposure to a water supply. Over one million military personnel and their families spent time at Camp Lejeune during this period, making it essential that this information reaches those who may have a health condition connected to their exposure.

What Is Camp Lejeune?

Camp Lejeune is a U.S. Marine Corps base in Jacksonville, North Carolina. The camp, named after Gen. John Archer Lejeune, who died just a month before it was opened, was dedicated in 1942 and is still home to roughly 100,000 active-duty military, family members, civilians, and retirees. It is also associated with its satellite station, Camp Johnson, which is located a short distance away.

Camp Lejeune was first proposed during World War II in 1940 as a training camp to prepare American soldiers for their inevitable entry into WWII, which had already been raging for over a year in Europe. The military was scouting for appropriate locations with long coastlines and access to deep water for aquatic training.

The land they chose in North Carolina was near two prominent ports, Wilmington and Morehead City, and the proposed area was split in half by the MCAS New River. This allowed ships and aircraft to easily move in and out of the base, and the immediate access to the ocean provided the perfect training grounds for the relatively new tactic of amphibious assault that the U.S. hoped to deploy in World War II's Pacific Theater.

From 1953 to 1987, the camp had serious issues with toxic substances leading to water contamination, but today the camp is safe for all who live and work around it. The camp is still home to a Marine training base and a Navy and Coast Guard command.

Between August 1, 1953, and December 31, 1987, those who were stationed at Camp Lejeune along with their families were exposed to toxic chemicals in both the drinking water and the water they used to bathe. The chemicals were believed to have come from a nearby dry cleaner, ABC One-Hour Cleaners, and were left unfiltered by the two water treatment facilities that fed into the camp, Tarawa Terrace and Hadnot Point. However, it wasn’t until 1982 that the contamination was discovered in several wells throughout the base after people had been using it for almost 20 years.

Dozens of volatile organic compounds (VOCs), including trichloroethylene (TCE) and perchloroethylene (PCE), benzene, toluene, and vinyl chloride, were found in the water—all of these chemicals have been linked to numerous health risks. Though these five VOCs were the most prevalent and toxic, upwards of 70 VOCs were found in total. These have been proven to cause many cancers, birth defects, acute myeloid leukemia (AML), chronic lymphocytic leukemia (CLL), lymphosarcoma, lympholeukemia, Hodgkin’s and non-Hodgkin's lymphoma, aplastic anemia, and myelodysplastic syndrome.

The toxins were believed to come from two main sources, a degreaser and an industrial solvent used by the nearby dry cleaner and industrial activity, that were leaking into water storage tanks. It was later discovered that nearly all dry cleaning facilities are transporters of toxic wastes, and from the 1970s to the 1990s, they were subject to stricter and stricter regulations about how they were required to dispose of the harsh chemicals.

Although the toxins were discovered in the mid-1980s, a study was done again in 2018 through the Agency for Toxic Substances and Disease Registry (ATSDR) to further solidify the connection between the tainted water sources and over 15 health conditions. The study received completed surveys from roughly 76,000 Camp Lejeune veterans who either lived at Camp Lejeune during the time of contamination or their next of kin. In addition to previous findings, this study confirmed a link to bladder cancer, kidney cancer, and kidney disease as a result of exposure to TCE and PCE.

The toxic wells were all shut down by 1985, but at that time up to 750,000 people were possibly exposed. After the contaminated water supply was shut off for good, the U.S. government began to contact and provide aid to those affected, though they kept the contamination a secret from the public for nearly 20 years. Increasingly though, the public learned of the contamination and that the VA appeared to be downplaying its effects. Groups like The Few, The Proud, The Forgotten have missions dedicated to helping Camp Lejeune Veterans who were affected and ensuring they and their families get the support they need.

A bill in Congress also seeks to address victims' needs and help them get justice for any medical condition or even wrongful death. This bill is called the Honoring Our PACT Act. Although it addresses many concerns, the Honoring Our PACT Act would also provide better healthcare to those with conditions due to Camp Lejeune's toxic water. It would also reduce the claims requirements if veterans suffer from certain medical conditions linked to the MCAS New River incident.

It’s also important to note that not all military personnel that were stationed at Camp Lejeune during this time were exposed or would be eligible for benefits. Some areas of the camp weren’t affected by the toxic water and had clean water sources for drinking and bathing. Those who think they may qualify should consult with the VA to ensure they resided in the affected area.

What Benefits Are Available for Affected Veterans and Family Members?

Any service member or family member who spent more than 30 days at Camp Lejeune during the contamination period is eligible for Priority Group 6 for their VA health care enrollment. This includes active duty military and those who served in the Reserves or National Guard. Camp Lejeune victims are in the same priority group as those who were exposed to radiation due to atmospheric nuclear weapons testing during WWII.

Since 2012, those who were exposed at Camp Lejeune now see further protection and compensation under the Camp Lejeune Families Act. It was also called the Janey Ensminger Act to honor the daughter of retired Marine Master Sergeant, Jerry Ensminger. Janey died of cancer when she was nine years old that was believed to be linked to the contaminated water.

The Camp Lejeune Families Act ensures health care coverage and funding assistance to those with any one of the following qualifying conditions:

Health care for those enrolled in VA health care with these conditions may be 100% covered, including copayments. Family members who qualify for coverage but cannot enroll in VA health can still receive reimbursement for out-of-pocket expenses associated with these 15 conditions, but the VA will act as a second payer, only covering the costs left after the payments by the primary insurer.

How to Get Benefits for Camp Lejeune Water Contamination 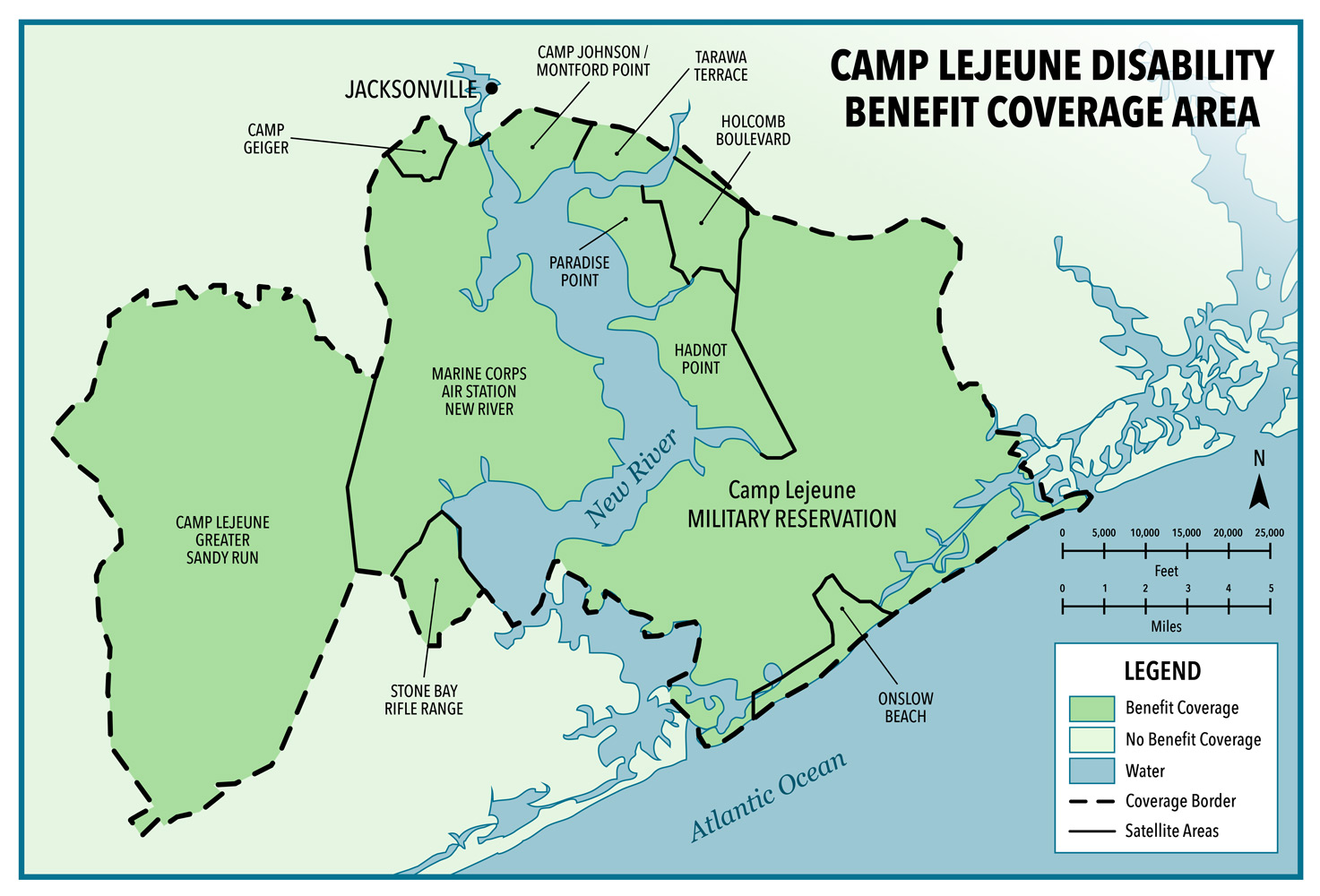 Affected veterans can apply for veterans disability compensation and health benefits online or by calling 1-877-222-8387 if they’re not already enrolled in VA health care. This can be done through VA.gov or you can visit a VA regional office and request help from a Veterans Service Officer (VSO). Even if you have a presumptive condition that’s not listed above, but you believe may be related to the past drinking water contamination, you should consult with your doctor and apply. The VA looks at all applications individually and this list only represents what medical research has connected so far to the toxic exposure.

Like any disability claim through the VA, you must prove a service connection, which means that your condition or disability directly results from your service. You can sometimes accomplish this through documentation already provided by your doctor, but you’ll likely need to go through a C&P exam or Independent Medical Examination (IME). This is an examination with an unaffiliated medical professional who has no stake in whether your claim is approved, and can give an unbiased diagnosis of your condition.

Another requirement for receiving these benefits as a Camp Lejeune veteran is that you must have served honorably. You must provide a valid military discharge from your service that says you didn’t receive an Other Than Honorable (OTH) or a Dishonorable Discharge. You must also submit your service record to prove the length of time you were at the base.

Family members of veterans have a slightly different application process. Those who believe they qualify for benefits can apply either online or call 1-866-372-1144. When applying you’ll need to provide documentation that you lived on the base for at least 30 days during the period of contamination, that you were a dependent family member (spouse or minor child) to a service member who was stationed there, and that you paid health care expenses for one of the covered conditions. However, the repayment will only cover certain time periods that treatment was received.

Camp Lejeune remains operational today and is safe for those stationed there, but there is no denying its devastating past that affected so many veterans and their families.

Many of those who were exposed to a toxic substance during this time have endured countless medical issues—not just for themselves, but for their children and spouses as well. The VA continues to work hard to ensure these families are taken care of and receive the VA disability benefits they deserve. 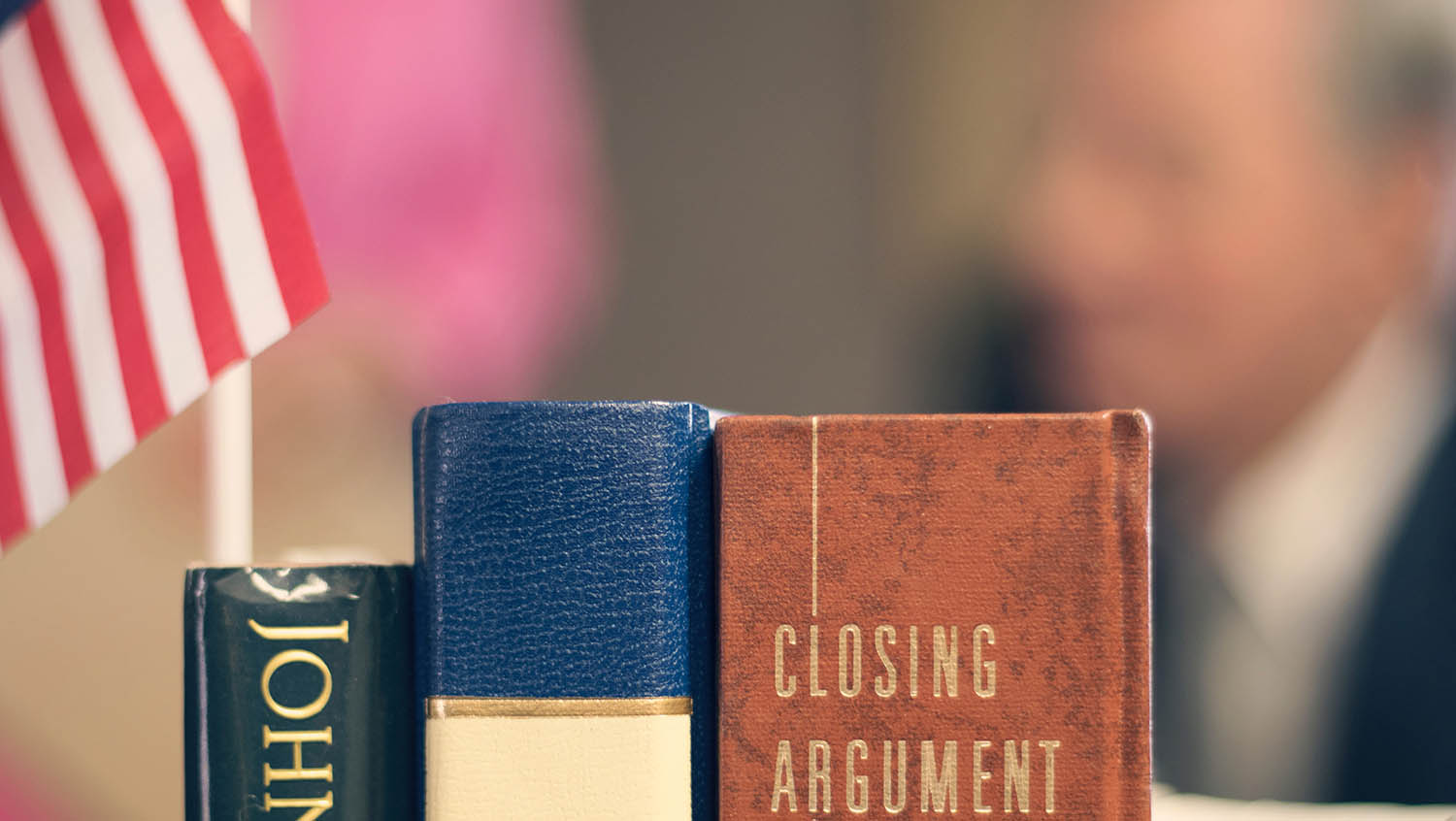 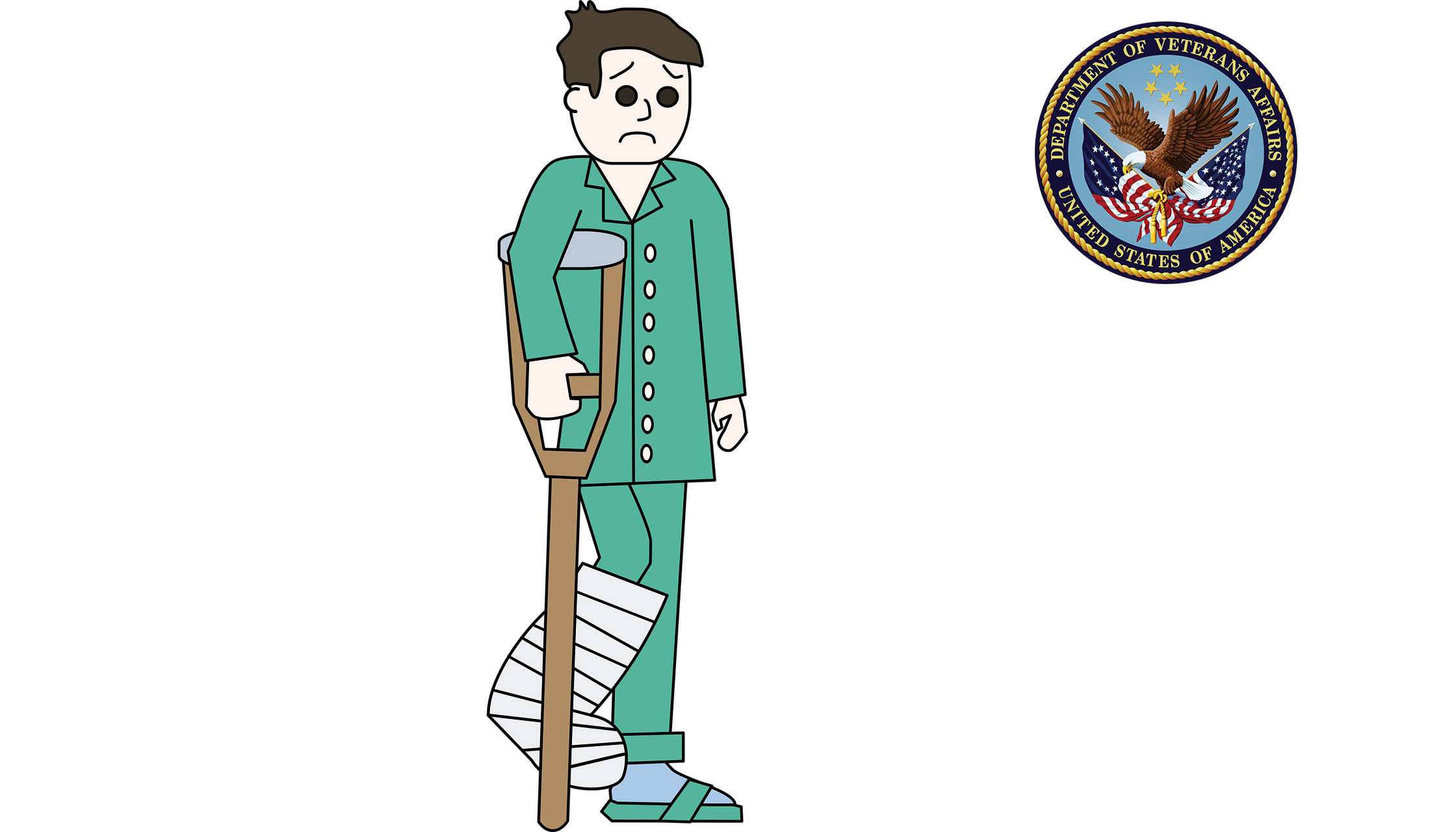 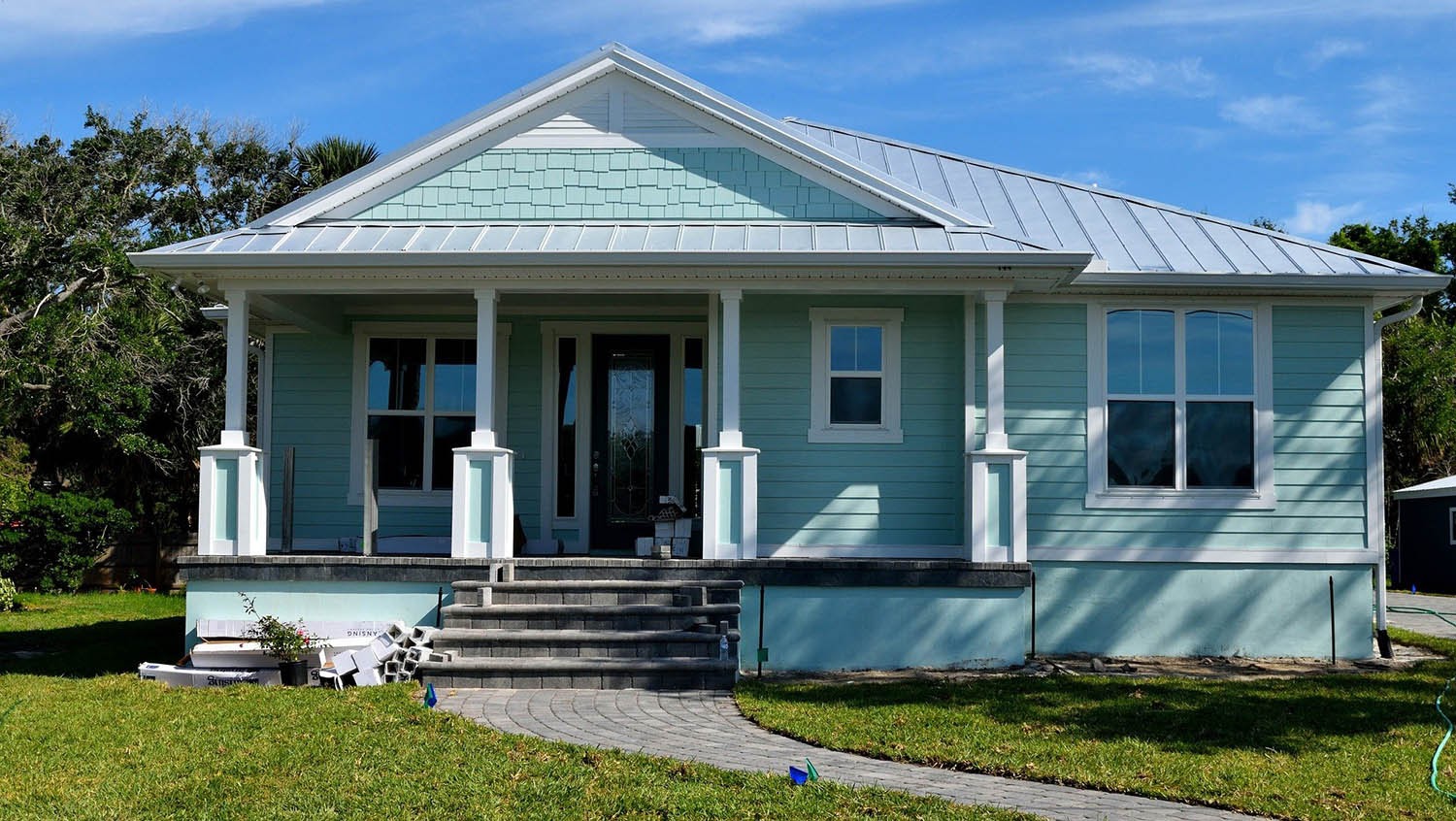 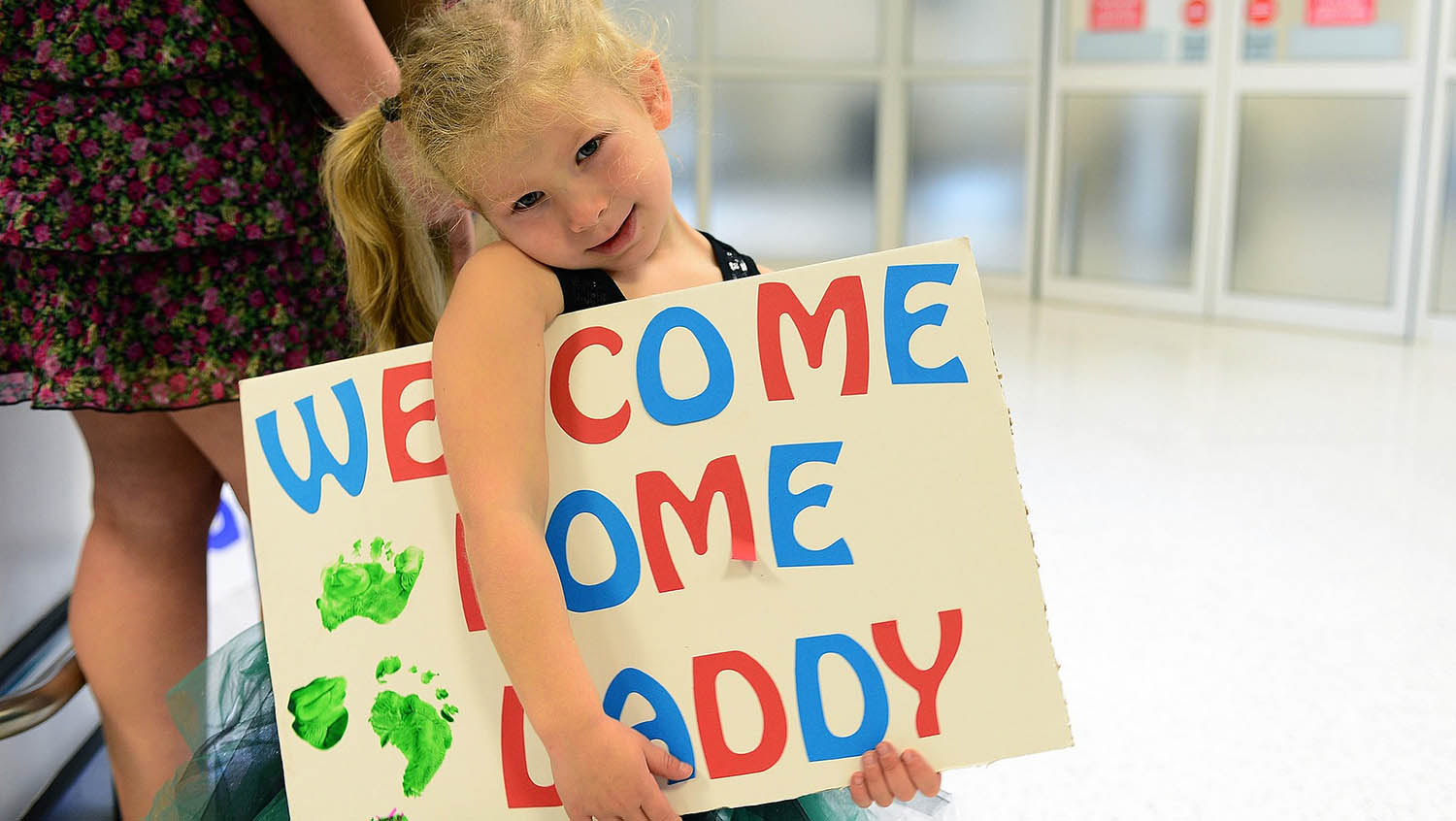