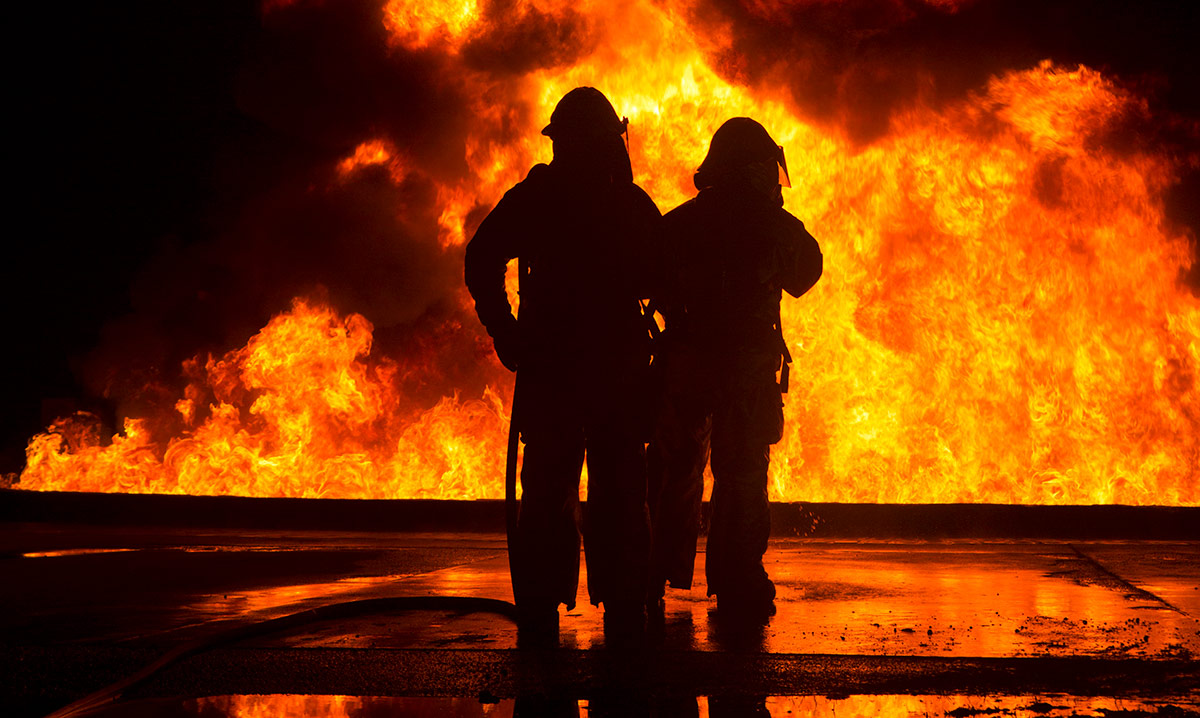 When on active duty in the military, service members can become exposed to a variety of hazardous materials, environmental exposures, or airborne toxins, leading to long-term health consequences that may not be discovered until years later. Burn pits are especially concerning, as their open-air waste combustion methods could lead to the inhalation and toxic exposure of hazardous materials.

The United States Department of Veterans Affairs (VA) provides veterans with benefits to cover their healthcare costs when they have a condition related to their time in service. Burn pit exposure is one condition that veterans may seek benefits for if they qualify with eligible service.

The VA is currently trying to determine some of the long-term health consequences associated with an open air burn pit by allowing veterans to register for a burn pit registry to detail any side effects they believe stem from pit exposure. Although many side effects are believed to be temporary, experts believe that others could be more of a long-term health concern.

What Are Burn Pits?

Known also as an open air burn pit or open burn pits, burn pits are used by the military in areas of deployment, namely Iraq and Afghanistan, and the Gulf War. Although many burn pits are no longer used, some are still around, but often only in emergencies.

A military burn pit gets rid of waste and confidential documents and materials that the military doesn't want to fall into enemy hands. For security reasons, the burn pit is located on a military base. Burn pits are quite large and put out an incredible amount of toxic smoke when materials are burned with jet fuel. Soldiers have no choice but to breathe in the toxins from the waste disposal.

Some of the items and substances destroyed in burn pits include, but aren't limited to:

Burn pits were thought of as necessities on military bases to quickly and efficiently get rid of waste and confidential materials. However, since determining that they pose not just an environmental hazard but also potentially serious long-term health concerns, the military mostly uses other forms of waste disposal, including incinerators and landfills.

The VA is still investigating the possible long-term health effects of toxic burn pits and exposure. However, from data already collected, several conditions have been linked to burn pit emissions, including those listed below.

Like Agent Orange exposure, exposure to burn pit smoke and particulate matter may cause various forms of cancer. Lung, stomach, and skin cancers are some of the more common types, but brain cancer, leukemia, and lymphoma have also been reported. Prostate cancer, testicular cancer, blood cancer, and soft tissue sarcoma are also listed as service-connected cancers in the VA's burn pit registry, according to a Burn Pits 360 study (PDF).

Many of the skin conditions that service members suffered as a result of exposure to burn pits were temporary, including rashes and severe itching. In most cases, the irritation subsided when the service member was no longer exposed to the toxic substances. However, others have experienced more long-term health effects, such as chronic skin rashes or skin cancers.

Asthma is one of the most common potential side effects from pit smoke, as reported in the burn pit registry. Studies also show that service members who already suffered from asthma and other preexisting conditions may have been more at risk for cancers, respiratory illness, and cardiovascular symptoms after exposure to burn pits.

Another common respiratory illness that may affect those exposed to pit emissions is bronchitis, an inflammation of the bronchial tubes' lining. This often chronic condition can last for weeks at a time and recur frequently. Some service members and veterans report suffering from constrictive bronchiolitis, a similar condition that causes the narrowing of the bronchus, making it difficult to breathe.

Sleep apnea causes disruptive breathing patterns while you sleep, making it both a sleeping disorder and respiratory condition that can have severe health consequences. While the connection of burn pits to sleep apnea continues to be studied, the condition is one of the more common conditions noted in the burn pit registry.

Lung disease is a common health condition noted by veterans and service members participating in the burn pit registry. One specific type of lung disease registry participants claim is idiopathic pulmonary fibrosis, a rare condition that creates problematic scar tissue within the lungs. The condition can sometimes be slowed down or made less severe with treatment, but it currently has no cure.

Some research has shown a potential correlation between burn pit exposure and cardiovascular symptoms, or those that affect the heart and its processes. Burn pits also have possible ties to sleep apnea, which may lead to cardiovascular problems in those with the condition. Sleep apnea sufferers may be up to four times as likely to experience heart arrhythmias.

Migraines are intense headaches that often come with other symptoms, like nausea, sensitivity to light and sound, and confusion. Research has shown that some service members with no previous migraine history have exhibited migraine symptoms after exposure to burn pits, although the long-term side effects related to migraines remain unknown.

The New York State Division of Veterans' Services notes several symptoms and conditions believed to be caused by military base burn pits. Some of these conditions include stroke, Parkinson's Disease, and peripheral neuropathy, which are all neurological conditions, or ones that affect the brain and nerves.

What Is the Burn Pit Registry?

As the VA continues to understand potential health implications from exposure to burn pits, it encourages service members and veterans to sign up for the Airborne Hazards and Open Burn Pit Registry, also known as the burn pit registry. The registry allows veterans to document any symptoms or health conditions that they believe could be related to their exposure to burn pits.

The primary goal of the burn pit registry is to have collective information about respiratory illness, lung disease, cancer, pulmonary symptoms and conditions, and other health issues that could be relevant to burn pits. The VA uses this information to improve awareness of the potential long-term health effects of burn pit exposure and improve VA health care and other programs that help veterans affected by burn pits.

Although participation in the burn pit registry is voluntary, it does come with its benefits. One significant benefit is that the information you provide to the pit registry through the optional health evaluation can also come in handy if you're applying for disability benefits with the VA. This health information is one piece of data that you can use to support your VA disability claim.

To be eligible to participate in the burn pit registry, you must have deployed on or after August 2, 1990, or on or after September 11, 2001, in specific areas where burn pits were used. These include Saudi Arabia, Kuwait, Iraq, Afghanistan, the Gulf of Oman, and Qatar. Visit the Airborne Hazards and Open Burn Pit Registry to sign up. You'll need a Premium DS Logon Level 2 account to start the process. 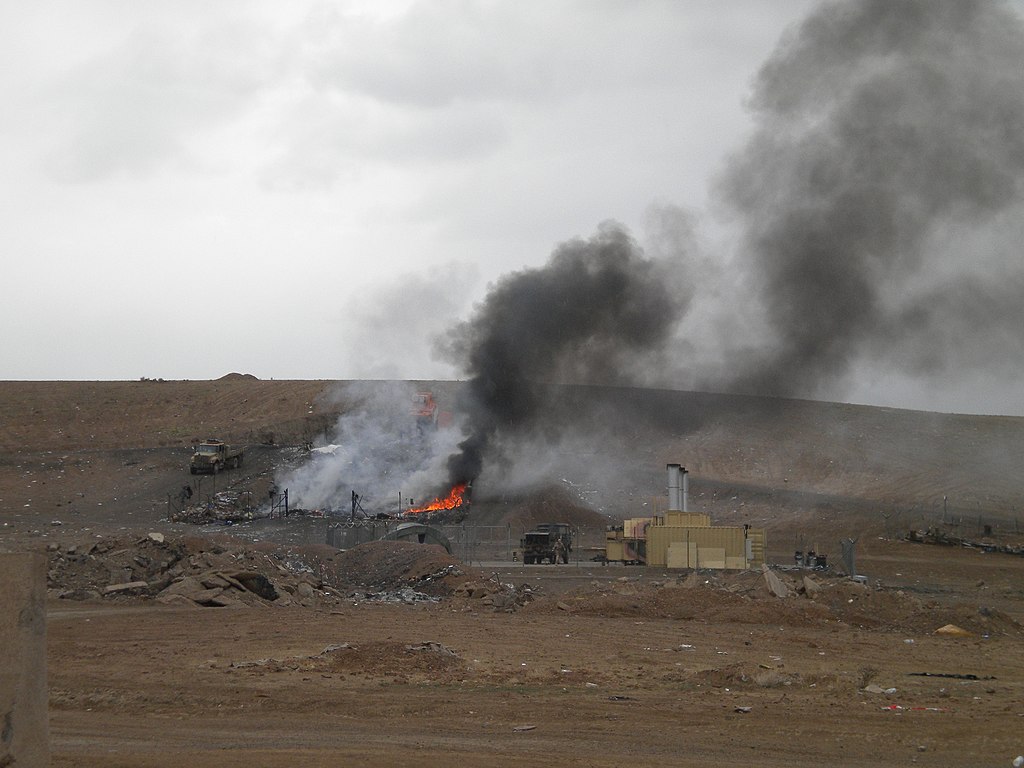 Because the effects of burn pit exposure are still being determined through research, studies, and the open burn pit registry, there's not enough solid information to link specific conditions to burn pits. Unfortunately, the lack of evidence has caused the VA to deny 72% of burn pit exposure claims for VA benefits. Most commonly, a VA disability claim for burn pit exposure gets denied due to an inability to prove a service connection or the veteran not having a medically diagnosed condition.

However, lawmakers are working to protect veterans who have been exposed to burn pits. Two senators have recently reintroduced a measure known as the Presumptive Benefits for War Fighters Exposed to Burn Pits and Other Toxins Act into Congress. The measure would make it easier for eligible veterans to qualify for VA disability benefits without needing to show as much proof that their conditions or symptoms were caused by burn pits.

If the bill becomes law, eligible veterans who served during the Global War on Terror or the Gulf War can become approved if they suffer from an eligible condition. Some of the qualifying conditions include respiratory cancer, brain cancer, pulmonary fibrosis, emphysema, and chronic bronchitis.

If you believe you're entitled to VA disability benefits due to exposure from the toxic fumes of burn pits, you might consider contacting a VA disability attorney to help you prove your service connection and get you the benefits you deserve. The current process for applying for VA benefits for burn pit exposure is complicated, so it could help to have a knowledgeable advocate on your side.

Exposure to toxic burn pits could be one of the most hazardous issues many veterans have had to face. When it comes to getting VA benefits related to burn pit exposure, the process is often lengthy and challenging, as proof of exposure during the veteran's service is difficult to prove. For this reason, many VA claims for benefits from burn pits are denied.

The VA is working toward getting veterans the benefits to which they should be entitled by offering the Airborne Hazards and Open Burn Pit Registry. The burn pit registry allows veterans to document their symptoms and conditions, giving the VA more information to work with when collecting data about the long-term health consequences of burn pits.

With this information in hand and the work veteran advocates and legislators are doing to make sure exposed veterans get benefits, the future is looking a little brighter for those who've worked alongside open burn pits. If you'd like to apply for benefits now, consider speaking with a VA disability attorney or a veterans service officer (VSO) to get more information about applying for benefits and what to expect from the claims process. 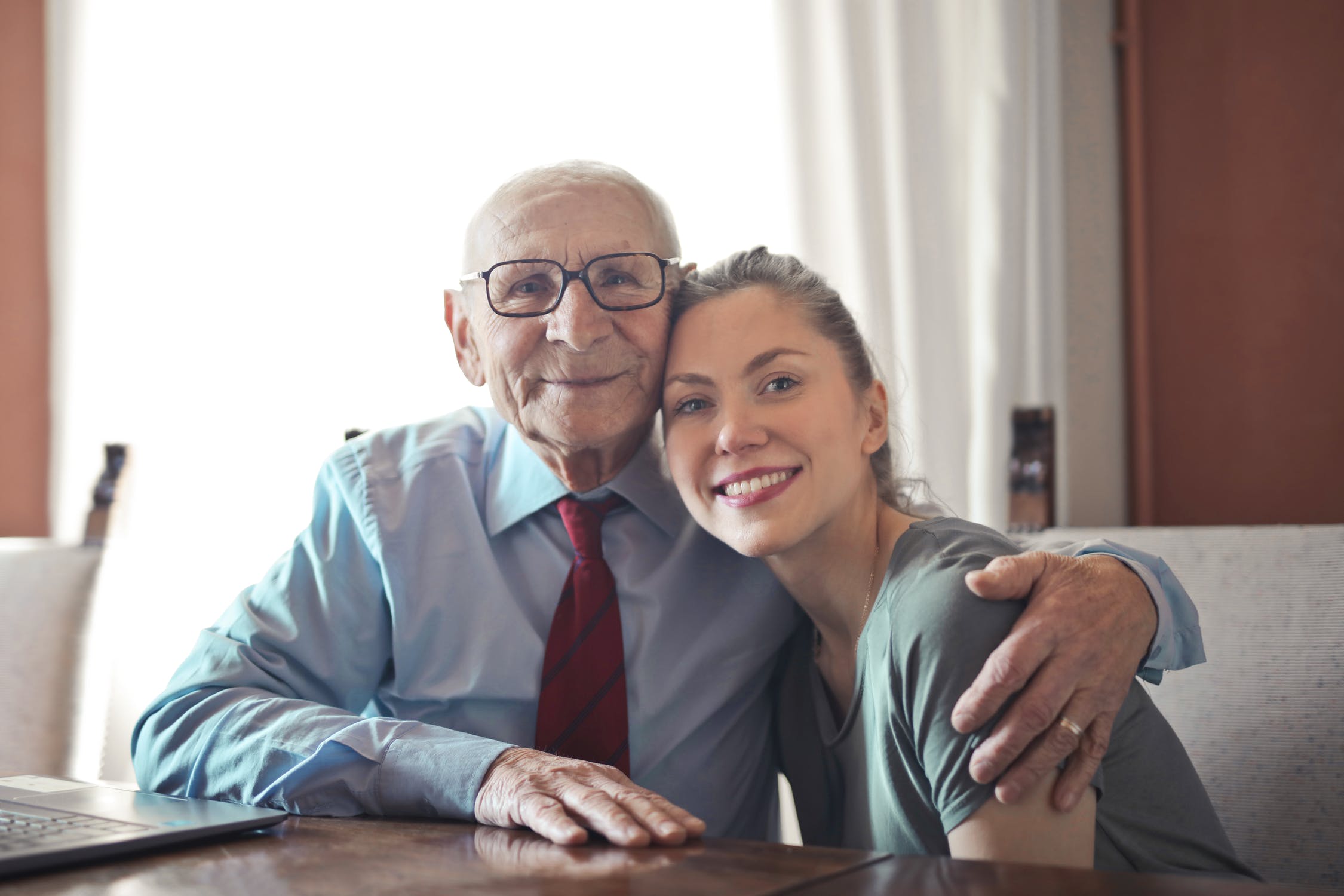 Introduction to the VA Fiduciary Program 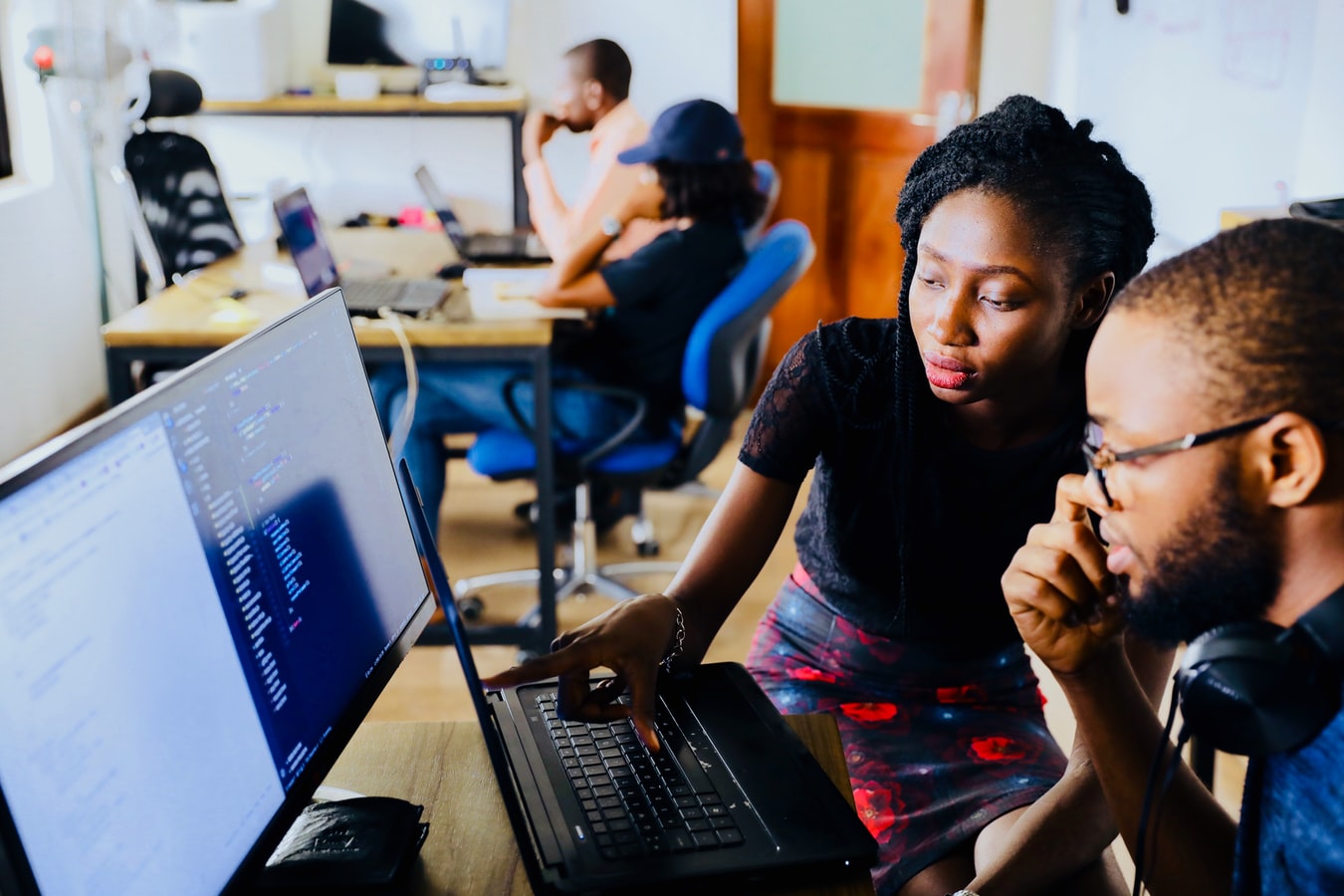 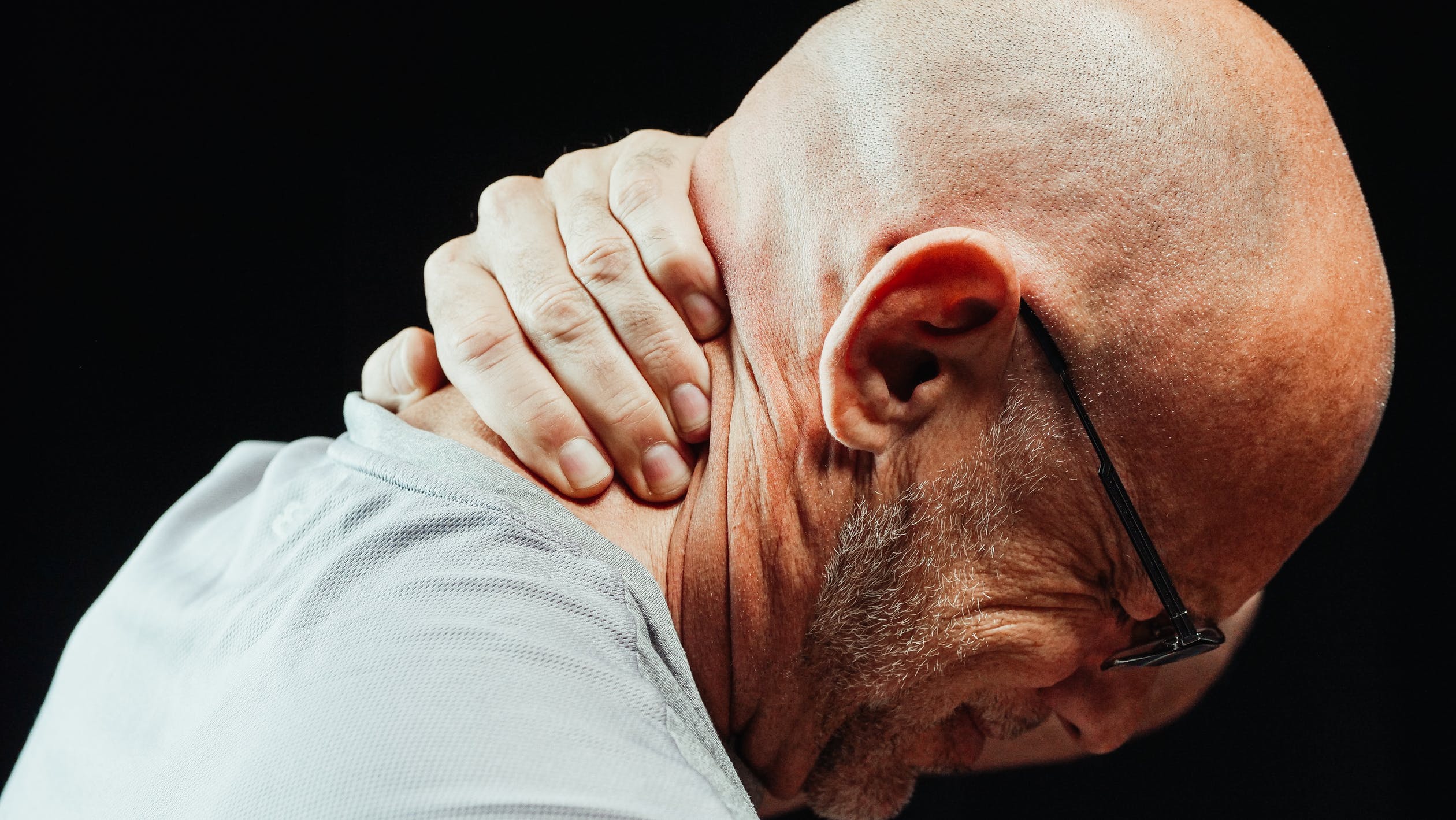 What Is a Secondary Disability? 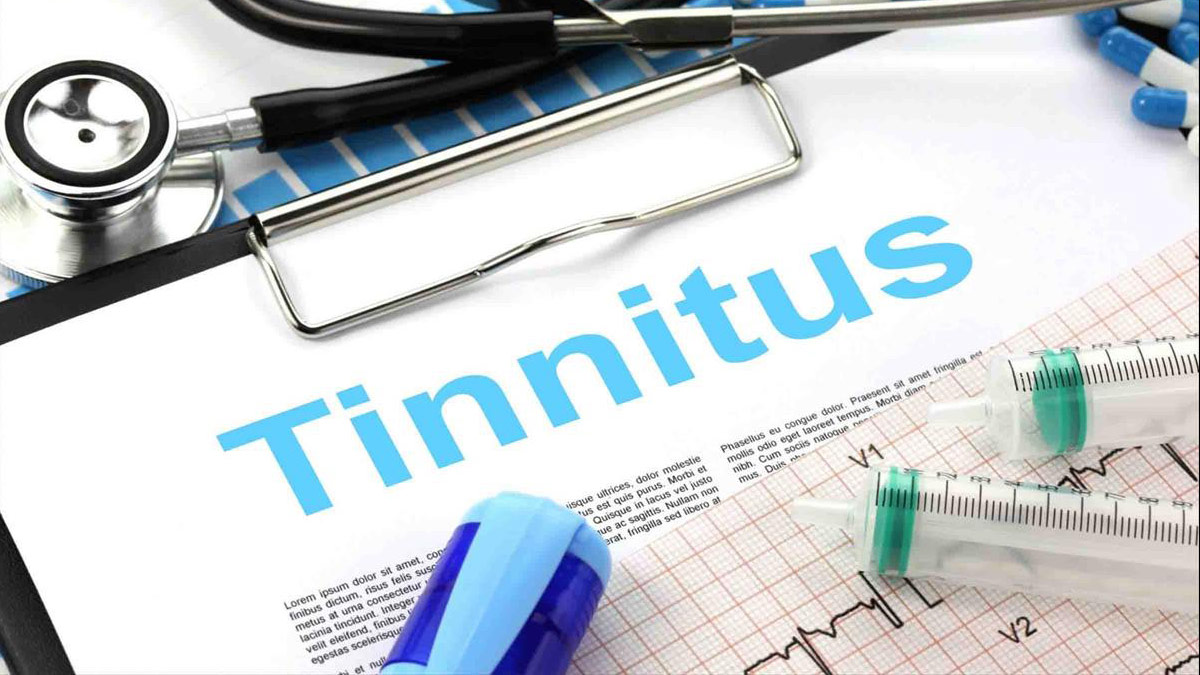 Tinnitus – The Most Common VA Disability 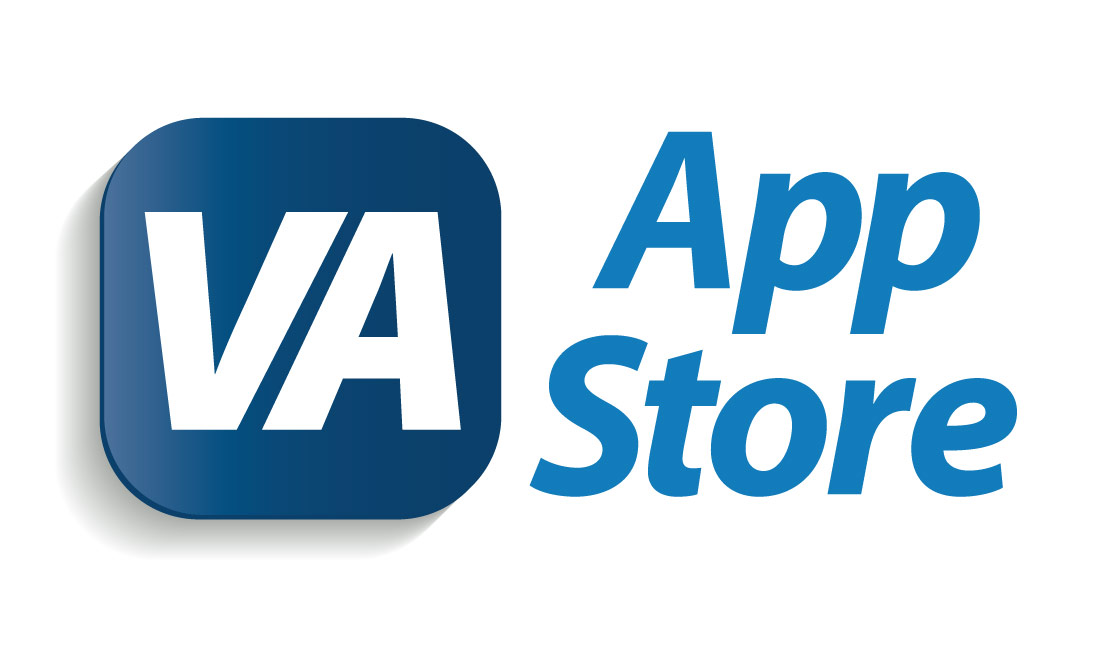 Introduction to the VA Fiduciary Program Understanding the Veteran Readiness and Employment Program What Is a Secondary Disability? Tinnitus – The Most Common VA Disability Mobile Apps for Veterans and Military Service Members