VA Burial Benefits – Everything You Need To Know 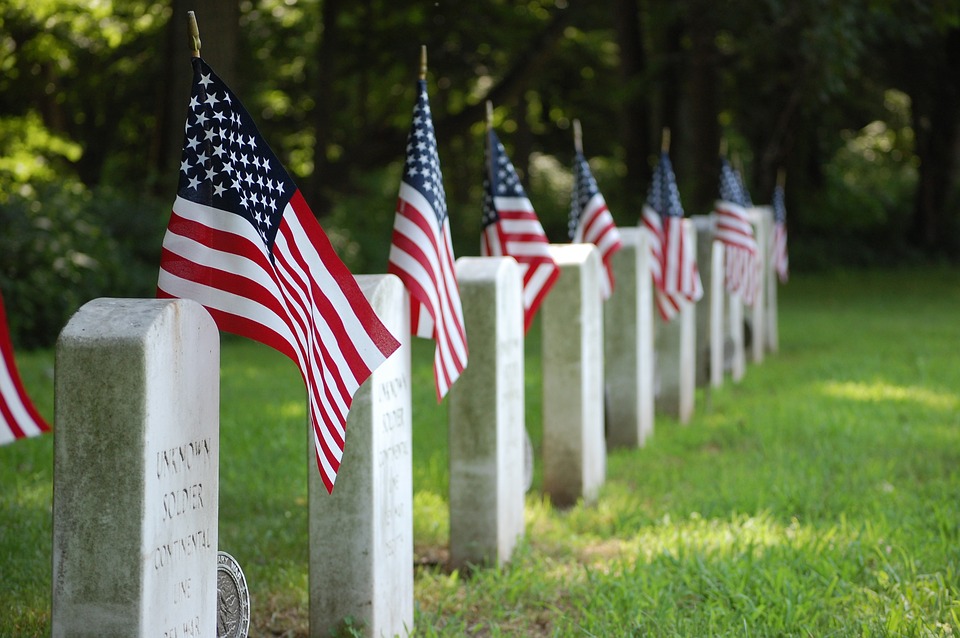 VA burial benefits are an important way for the U.S. Department of Veterans Affairs to posthumously honor U.S. veterans and publicly acknowledge the nation’s debt of gratitude for their service.

The practice of honoring the nation’s soldiers upon their death is a practice that dates back to the Civil War and remains a source of comfort and pride for many military families.

The full scope of VA burial benefits includes both monetary and non-monetary benefits that eligible veterans can receive to acknowledge their military service – at no cost to the veteran’s survivors.

These benefits may include everything from being buried in a national cemetery to memorial items like flags, headstones, and certificates. If you believe you or a loved one may qualify for these VA benefits, we’ve outlined here everything you need to know about what benefits are available and how you can qualify.

What Are VA Burial Benefits?

The philosophy of honoring military service and sacrifice is a time-honored tradition in American history. Dating as far back as the Civil War, Americans have posthumously honored those who spent part of their lives in service to the safety and security of the nation.

As you consider whether you or a loved one qualify for VA burial benefits, it’s important to understand the overall scope and scale of the benefits and funeral honors available, along with what it takes to qualify.

For example, you should note that a burial benefit is not automatically available to all honorably discharged veterans. To qualify for VA burial benefits, a veteran must have received any discharge other than dishonorable, along with meeting any one of the following criteria:

VA burial benefits include many specific items, which we’ve outlined for you below:

Burial in a VA national cemetery includes a gravesite in any open cemetery with available space, opening and closing of the grave, perpetual care, a government headstone or marker, a burial flag, and a Presidential Memorial Certificate, all at no expense for the family.

These burial benefits also extend to eligible spouses and dependents, even if they predecease the veteran. They may be buried in a VA national cemetery and have their name inscribed on the veteran’s headstone or marker at no expense to the family.

To be eligible for burial in a VA national cemetery, a veteran must have died while on active duty or simply have been discharged under any circumstances other than dishonorable. It is important to note, however, that Arlington National Cemetery operates under different eligibility requirements from other national cemeteries, and its criteria are the strictest.

To be buried at Arlington National Cemetery, a veteran must have died on Title 10 federal active duty, which does not include training. The veteran must be retired from active duty and receiving retirement pay, have received the Medal of Honor, the Distinguished Service Cross, the Distinguished Service Medal the Silver Star, or the Purple Heart. The eligible veteran may also be a former prisoner of war who served honorably in active military service and whose most recent period of service ended honorably, and who died on or after Nov. 30, 1993.

Most U.S. veterans who received an honorable discharge and served at least one day of active duty are eligible for above-ground interment in a VA national cemetery.

If you are paying for the full funeral and burial expense for a deceased eligible veteran and are not being reimbursed for those costs by any other organization, you may be eligible for a burial allowance from the VA.

This is a flat-rate monetary allowance that generally is paid at the highest amount allowed by law. This allowance is intended to help cover burial, funeral, and transportation costs associated with the death of an eligible veteran. To request a burial allowance, you must be one of the following:

As of 2014, eligible surviving spouses are paid a VA burial allowance automatically upon notification of the veteran’s death, and there is no need to submit a formal claim. If you do need to submit a claim, you may do so by completing VA Form 21P-530 Application for Burial Benefits.

You can return the form to the address provided on the form itself. You will also need to provide a copy of the deceased veteran’s discharge documents and death certificate unless it has previously been provided to the VA.

Please note that the VA will not pay burial benefits if the honorably discharged deceased veteran died during active military service, was a member of Congress and died while holding office, or was a federal prisoner at the time of death.

Many families choose to honor a deceased veteran with a memorial item, including headstones, grave markers, or medallions. While a headstone stands upright at 42 inches long, 13 inches wide and four inches thick, grave markers are flat and may be chosen in either granite or bronze. Medallions may be affixed to existing privately purchased headstones to acknowledge a veteran’s service.

If the veteran received any type of discharge other than dishonorable, they may be eligible for a headstone or marker. For veterans who served before Sept.7, 1980, and officers who served before Oct. 16, 1981, the veteran must have died on or after Nov. 1, 1990. The grave must be currently marked by a privately purchased headstone – or be buried in an unmarked grave anywhere in the world in order to be eligible.

For veterans who served after Sept. 7, 1980, and officers who served after Oct. 16, 1981, one of the same eligibility requirements listed above must be true. Also, the veteran must have served for at least 24 months of continuous active duty or died while serving on active duty to be eligible for a headstone or grave marker.

To be eligible for a medallion, the veteran must have been discharged under any circumstances other than dishonorable. For veterans who served before Oct. 16, 1981, and enlisted personnel who served before Sept. 7, 1980, the veteran must have served at least one day of active duty on or after April 6, 1917, and currently be buried in a private cemetery marked with a privately purchased headstone or marker. Both must be true.

For those who served after October 16, 1981, and enlisted personnel who served after September 7, 1980, the veteran must have served at least 24 months of continuous active duty and currently be buried in a private cemetery marked with a privately purchased headstone or marker.

To apply for a headstone, marker, or medallion for a loved one, visit the National Cemetery Administration online.

The VA in some cases also may supply a United States flag that can adorn a coffin or casket or be placed with an urn in honor of a veteran’s military service. Eligibility for a VA flag is determined by the following, one of which must be true to be considered eligible:

If you are interested in securing a burial flag for a veteran, complete VA Form 27-2008 and return it to the funeral director you’re working with, or your local post office. You can also visit a local VA field office. Check with your post office in advance to ensure that they have burial flags in stock – typically if they don’t, they can direct you to the nearest post office that does.

After the veteran’s funeral, the family may choose to donate the burial flag to any VA national cemetery that features an Avenue of Flags so that it can be flown during holidays.

Some veterans’ surviving spouses and dependents may be eligible for a tax-free monetary benefit known as the VA Dependency and Indemnity Compensation. To receive these survivor benefits, a surviving spouse must show that one of the following is true:

In addition, the surviving spouse must be able to show that any one of the following was true of the veteran: 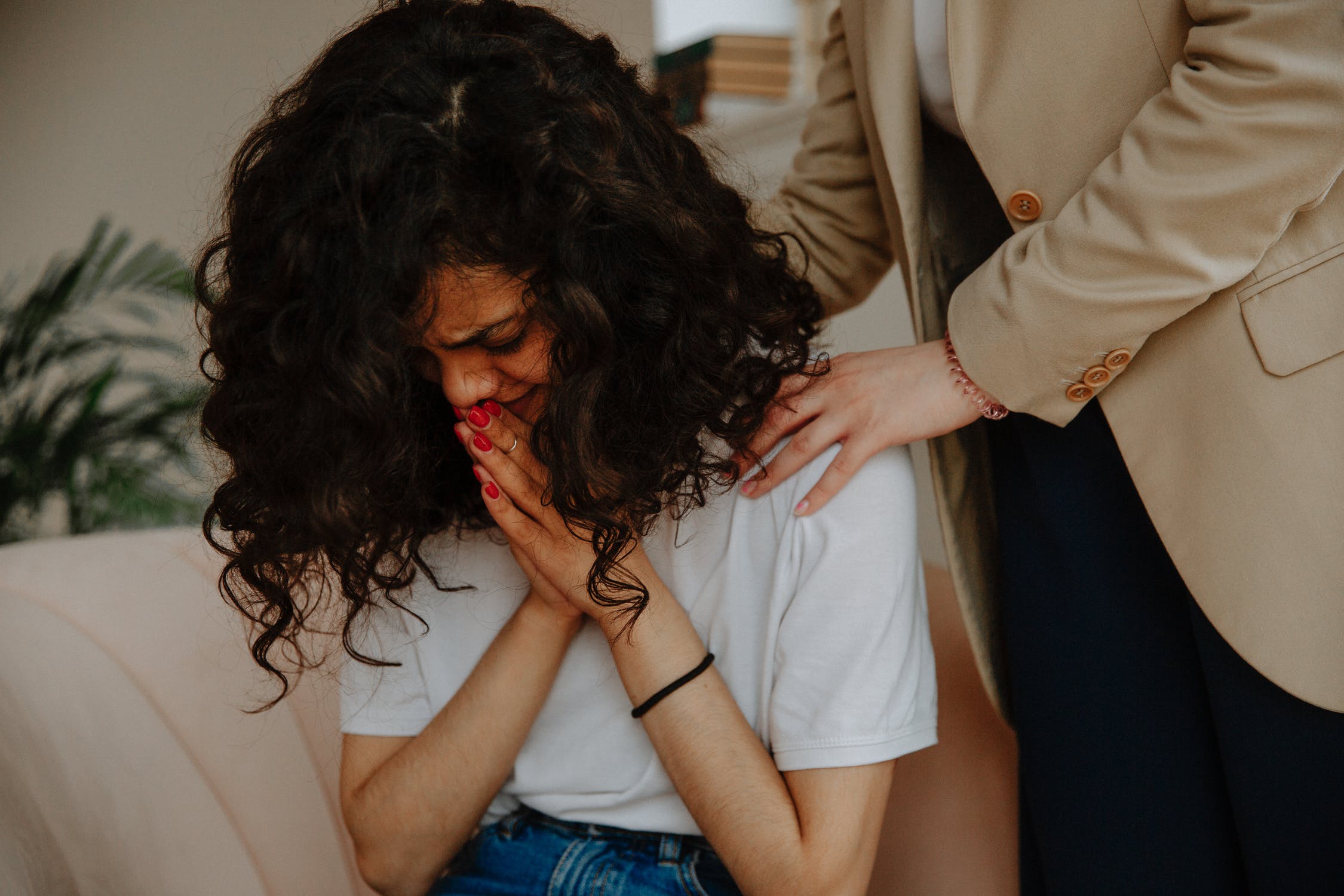 Many surviving spouses and eligible dependents of U.S. veterans qualify for grief counseling through the VA. This kind of assistance makes it possible for family members to access support as they navigate the stressful process of dealing with the deal of a loved one.

For a spouse and/or dependent to be eligible for this kind of benefit, the veteran must have died while in active duty military service to the United States – or a reservist or member of the National Guard who died while on active duty.

Using these veterans benefits, survivors have access to counseling, referrals, and other outreach administered through VA community centers, in-home, or another location where the eligible spouse or family member feels comfortable.

Once you are determined eligible, you also may choose the VA national cemetery in which you’d like to be buried or have cremated remains entombed.

Please note that this is not a reservation – just because you indicate a particular VA national cemetery doesn’t mean you will be able to get a place there. But the VA does want to know your wishes in advance so that it can meet those wishes if it is possible to do so at the time of death.

When you apply for pre-need eligibility, you’ll need to provide the following information:

If you are applying as the surviving spouse or unmarried adult child of a deceased eligible veteran, you also must provide your personal information, including your Social Security number.

How To Schedule a Burial

If you want to schedule a burial for a loved one in any of the Department of Veterans Affairs National Cemeteries, you may do so by contacting the National Cemetery Scheduling Office. Requests for burial in a VA national cemetery may not be made online.

Instead, you may fax the veteran’s discharge documentation to 866-900-6417 and confirm receipt with a phone call to 800-535-1117. Requests for a veteran’s burial may be made by the veteran’s surviving family members or provided by the funeral home that is assisting the family during the difficult days surrounding a veteran’s death.

Veterans make tremendous sacrifices every day for the safety and well-being of our country, and VA burial benefits are just one way in which those sacrifices are honored and acknowledged.

The VA stands ready, as do countless veterans’ advocates and service officers, to help guide you through the process of requesting these benefits, either proactively for yourself or for a loved one at the time of death. 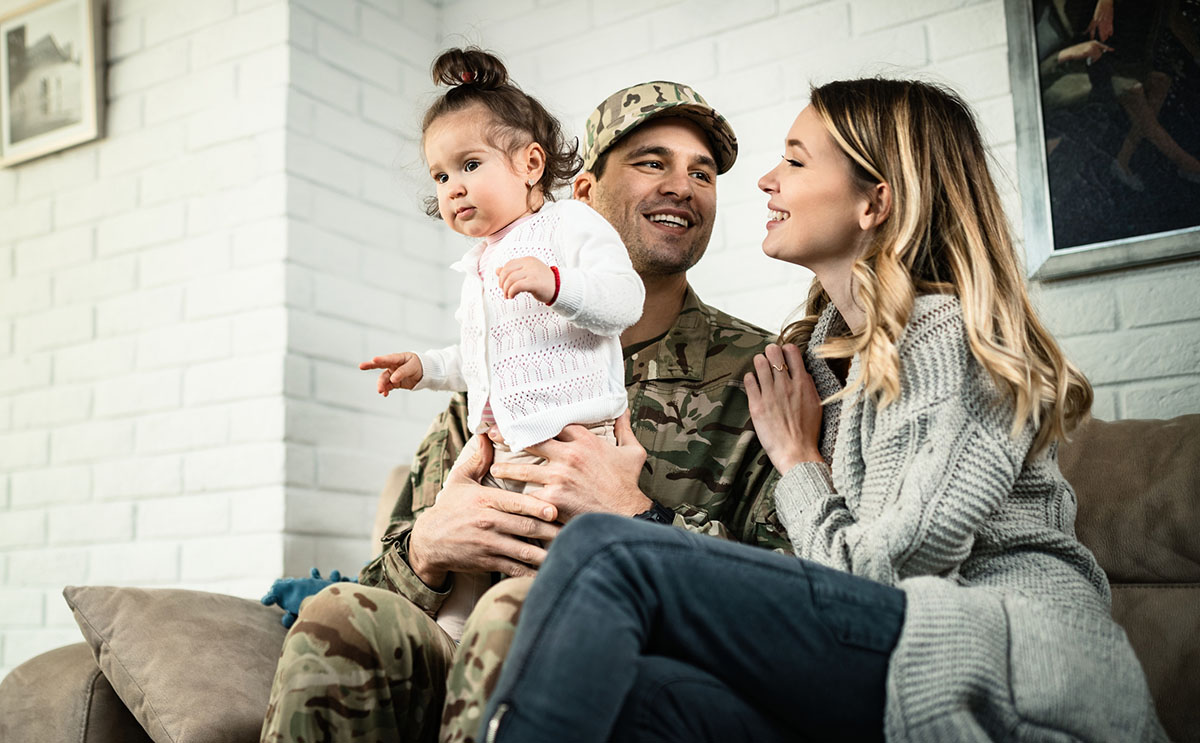 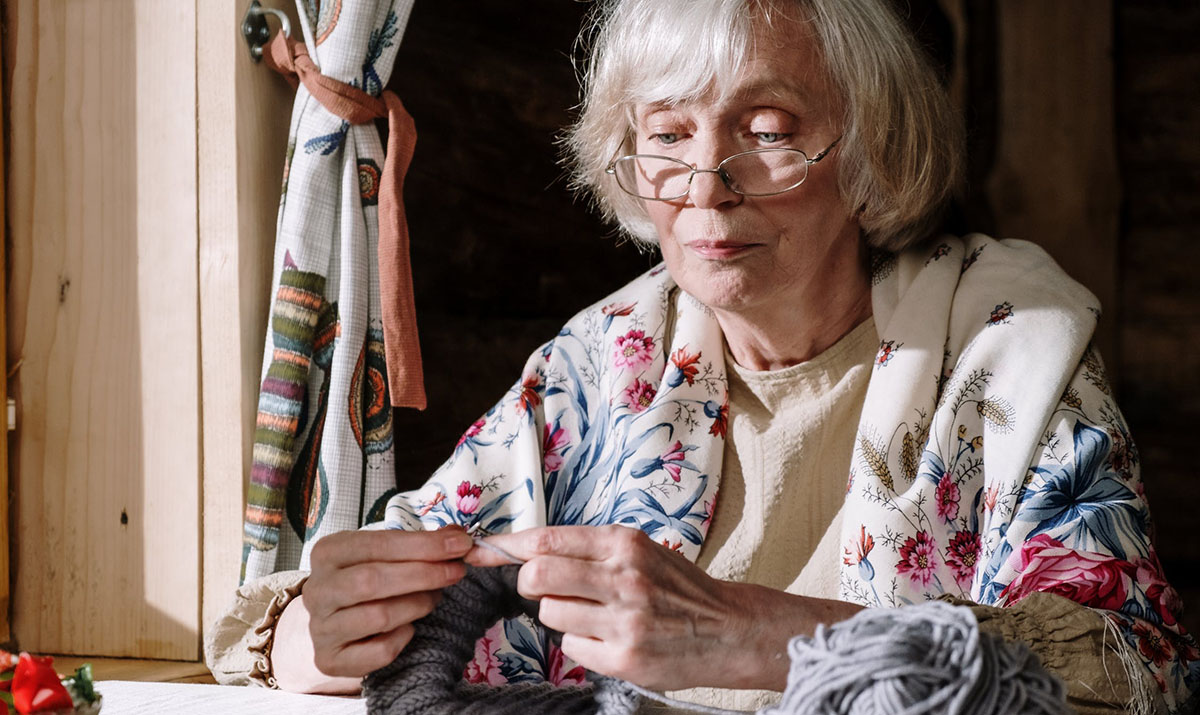 What Is a Survivor Benefit Plan? 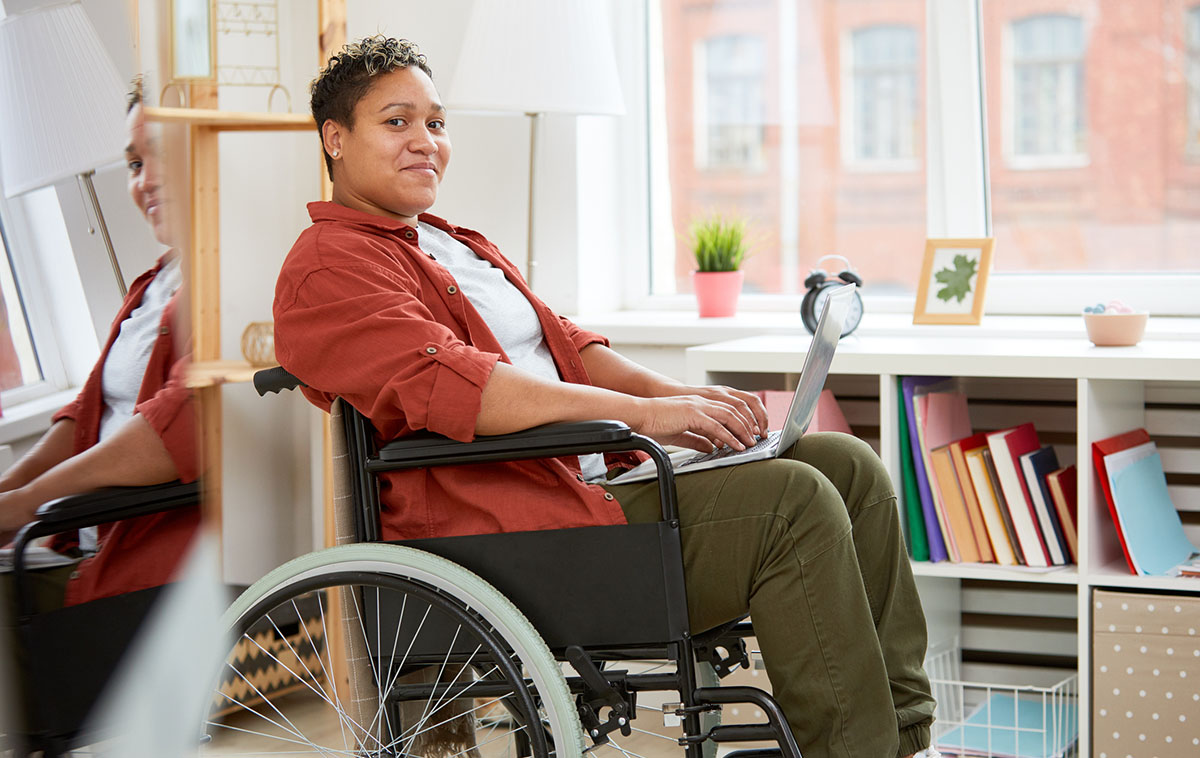