In the past decade, over 100,000 American applicants died waiting 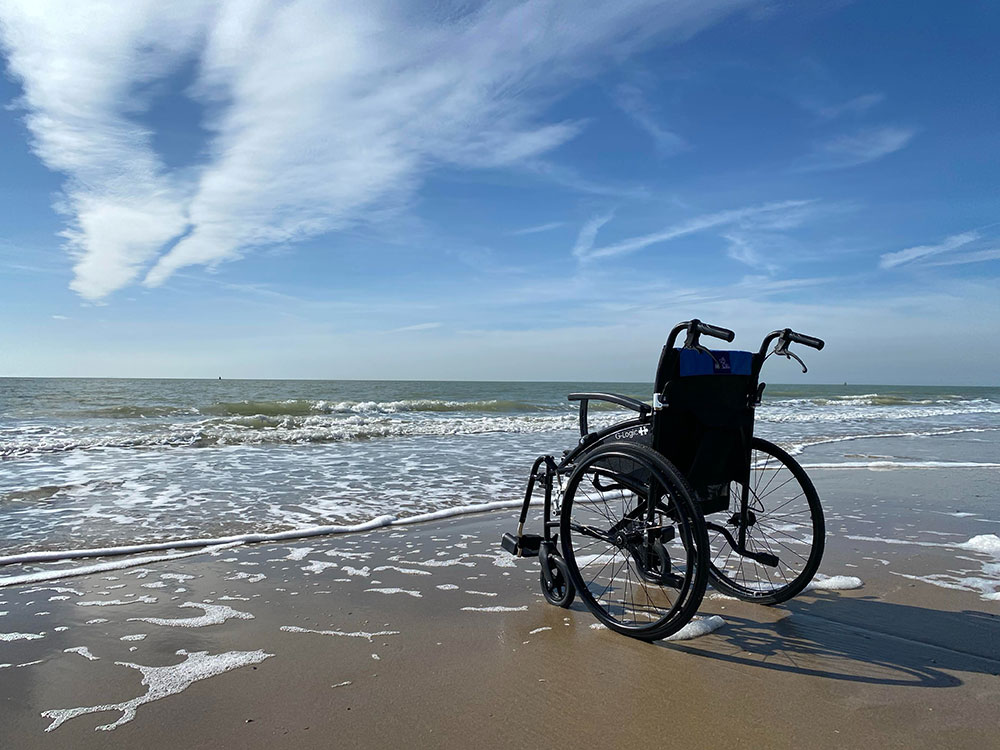 Between 2008 and 2019 an astonishing number of Americans died while waiting for a government check many of them were entitled to receive. Social Security Disability Insurance (SSDI) is an entitlement program, after all—this means you pay in, you get paid when you need help. Supplemental Security Income (SSI) is a welfare program designed for those who may never have worked but still need help due to a medical condition.

Either way, far too many of us and our mothers, fathers and siblings are dying while awaiting a decision from the Social Security Administration (SSA).

Most people can’t help but ask, why?

Before getting into the numbers, the stories of Kyle and Rochelle help illustrate who gets disability and how long it takes.

Kyle comes from a solidly middle-class family but at age 21 he was diagnosed with schizophrenia. In college at the time, Kyle also had a problem with drinking and drugs. He dropped out of school and returned to live with his parents. He’d always been smart, a talented musician and had plenty of friends. But the diagnosis made him into a hermit, and his drinking and drug use increased.

Kyle saw a doctor and was given drugs to help treat his illness, plus an anti-anxiety medication. He left home soon after and traded his anxiety pills on the street for liquor, then came home drunk and violent. His parents kicked him out, and he found himself living on the streets permanently.

Kyle was considered seriously mentally ill, and his disability claim for SSI was processed in just under five months. He receives a check for a little under $1,000 each month, which is managed by his parents and used mostly to pay for low-income housing. Kyle was lucky—his claim was approved quickly because he met a listing, with 3 hospitalizations within 9 months. The first time he applied, he was approved for benefits.

But what happened with Rochelle was very different. But before getting into her story, let’s take a look at how many people are waiting in limbo for a disability benefit check.

What the Numbers Say

These numbers are people’s lives and they tell a horror story. Every year, nearly a million American men, women, and children file a disability claim. (That’s a small percentage of us, since as a nation we number over 328 million). About 1% of applicants have died while waiting for a disability decision since 2008. That’s about 10,000 people per year.

It hasn’t always been this way, but the decade following the 2008 Recession made a lot of Americans much poorer. Combined with poor healthcare if you are an unemployed American (no job equals no health benefits), conditions for many Americans have led to a huge number of new disability claims.

But what about those applicants who didn’t die while waiting? Some may have found employment, but many went bankrupt. In the five-year period between 2014 and 2019, for example, nearly 50,000 disability applicants went bankrupt while waiting for SSA to decide on their claims, according to a recent audit from the GOA (Government Accountability Office).

The GOA’s conclusion was that the wait times have mushroomed in the last decade: it used to be a few months, maybe a year. Now, wait times average a full two years.

Let’s break that down. The average disability applicant will wait two years – which means many are waiting much longer.

The fault doesn’t lie entirely with the SSA office, however. They manage a huge annual budget and haven’t been able to hire many more workers to keep up: SSA spends $185 million each year to cover SSDI and SSI benefit checks. But it does beg the question: what changed between 2008 and 2019 to make wait times so much longer?

Echoes of the Great Recession of 2008

The Great Recession, which began in late 2008, is mostly to blame, according to the GAO report. Many people filed claims after unemployment, evictions or real estate losses when the housing boom went bust. It’s easy to forget--especially for those of us who didn’t lose a job or a house--how many people were displaced when the housing market crashed. This included young and old, healthy and disabled, and Americans of all races and living in all geographic regions. 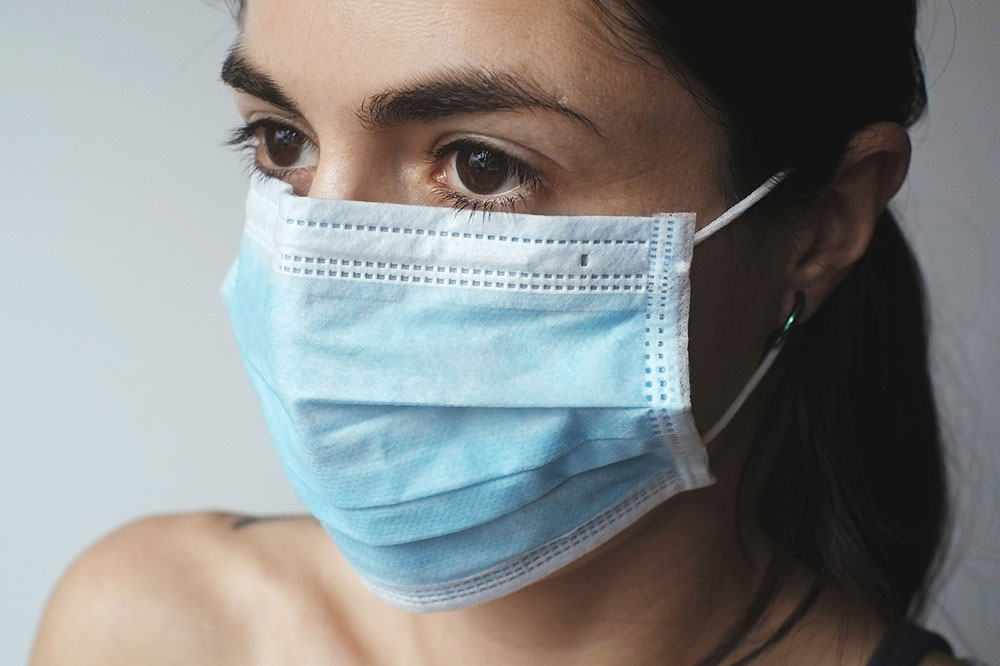 In 2020, the US is looking at a potentially worse situation with job losses and evictions from the COVID-19 epidemic and mishandling of the crisis by the federal government.

About 12 million people with a disability (and their dependents) get a check cut each month via SSI or SSDI. Most of this number are facing extreme poverty.

When there is no other government aid, and when Americans need food, housing and basic income, many have no choice but to take their chances by applying for SSI or SSDI. Food stamps and housing assistance can only go so far—but a monthly benefit check of nearly $800 can be the difference between regular meals and a place to live versus living hungry and on the street.

The GAO went on to state that, on top of facing poverty due to the Great Recession, people who applied for disability in the last ten years were already facing serious health problems, unemployed and/or homelessness. Even with help from family members or by trying to make a living in the “black market economy” such people need help from the government to survive.

In May 2008, Rochelle was working as an Administrative Assistant at a realty office in San Diego. She made a good salary and had just purchased her first home about three miles from the beach. By January 2009 she found herself “underwater” in her home: she owed the bank $340,000 and had little equity in her home. Two months later, she lost her job. Rochelle was only 29 but she’d suffered from back problems for over a decade due to an auto accident in her teens.

She applied for disability six months after losing her job because she could only find a job for 10 hours a week at a grocery store. Her application was denied seven months after she applied, so she appealed a “Reconsideration Review” in May, 2010. This claim, too, was denied five months later.

But Rochelle, wasn’t giving up. Her house had been foreclosed upon, she was unemployed and she was forced to move back to her hometown of Baton Rouge, LA to move in with her aunt. Even though she had a college degree and a solid work history she could only find part-time work at a convenience store.

After the Reconsideration denial, Rochelle found a Disability Attorney and applied for an Administrative Law Judge (ALJ) review, within the 60 period in November of 2010. Partly because she was now living in Baton Rouge, it took 985 days (two and a half years) for her claim to find its way before an ALJ. The only plus for Rochelle was that she was now 32 years old and had survived two back surgeries. She often used a cane or walker to get around. Although she had tried to work, her convenience store job required six-hour shifts on her feet.

The ALJ approved her claim and she now receives a monthly check and medical care.

While neither Kyle nor Rochelle—both young people with bad luck—died during the waiting period, it’s easy to imagine an older individual trying to weather job loss, housing loss, and loss of medical benefits all at once. For those in pain and poverty, suicide is not an uncommon choice.

Just like Rochelle, most applicants wait an astonishing number of days to reach an ALJ hearing One out of ten claimants who filed for disability benefits in the fiscal year 2015 were still waiting for their appeal to be heard in fiscal 2018, according to the GOA audit.

The GOA audit (Social Security Disability: Information on Wait Times, Bankruptcies and Deaths Among Applicants Who Appealed Benefits Denials) is just the latest of in a series of criticisms. In July, the Inspector General Audit (IGA) noted that lines at Social Security offices usually meant wait times of an hour or more.

The IGA went on to issue a report that that revealed major problems in SSA office customer service. In the time period of 2008-2019, over 20 million Americans who went to SSA field offices left without getting any service. A separate audit revealed that phone service for disability applicants was as least as bad, if not worse.

Is It Getting Better?

Stephanie Hall, Social Security Administration Chief of Staff, told GAO in response to the report: "We have made significant progress improving the hearings process by prioritizing the cases of those individuals who have waited the longest for a hearing decision," She went on to state: "Despite the uncertainties about how the COVID-19 pandemic may affect our progress, we will continuously seek opportunities to improve the service we provide to the public."

The problems that plague SSA are not going to go away. In fact, they seem to be worsening. The reasons include a poor economic outlook due to COVID-19 (with no reliable relief package), an increasing number of applicants, and the financial burden SSA shoulders of paying 61 million Americans—yes, that’s about one in five—a monthly check.

The bleak truth and unhappy ending? The problems within SSA, including wait times, are not getting better.

The common sense answer is to hire more SSA workers to help process claims or streamline the application process. The current administration is showing no sign of making progressive reforms to SSA. The only good news is that applicants can now do most of their SSA business online. This isn’t relief to those without computers, WiFi or transportation to go down to the SSA office, and it doesn’t mean benefit checks will arrive any more swiftly in the mail.

But, it does mean you can apply from the comfort of your own home without standing in line for an hour or more. 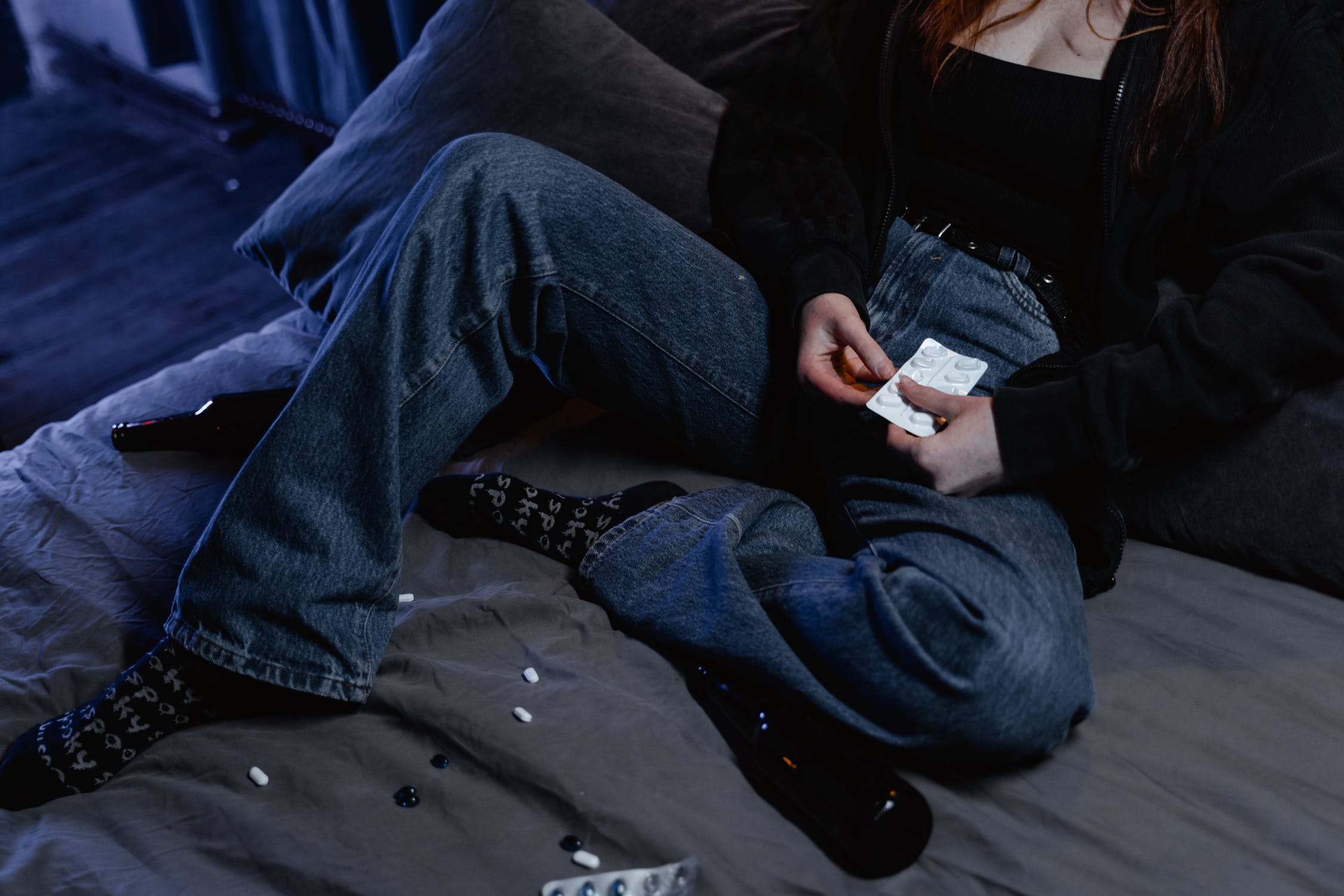 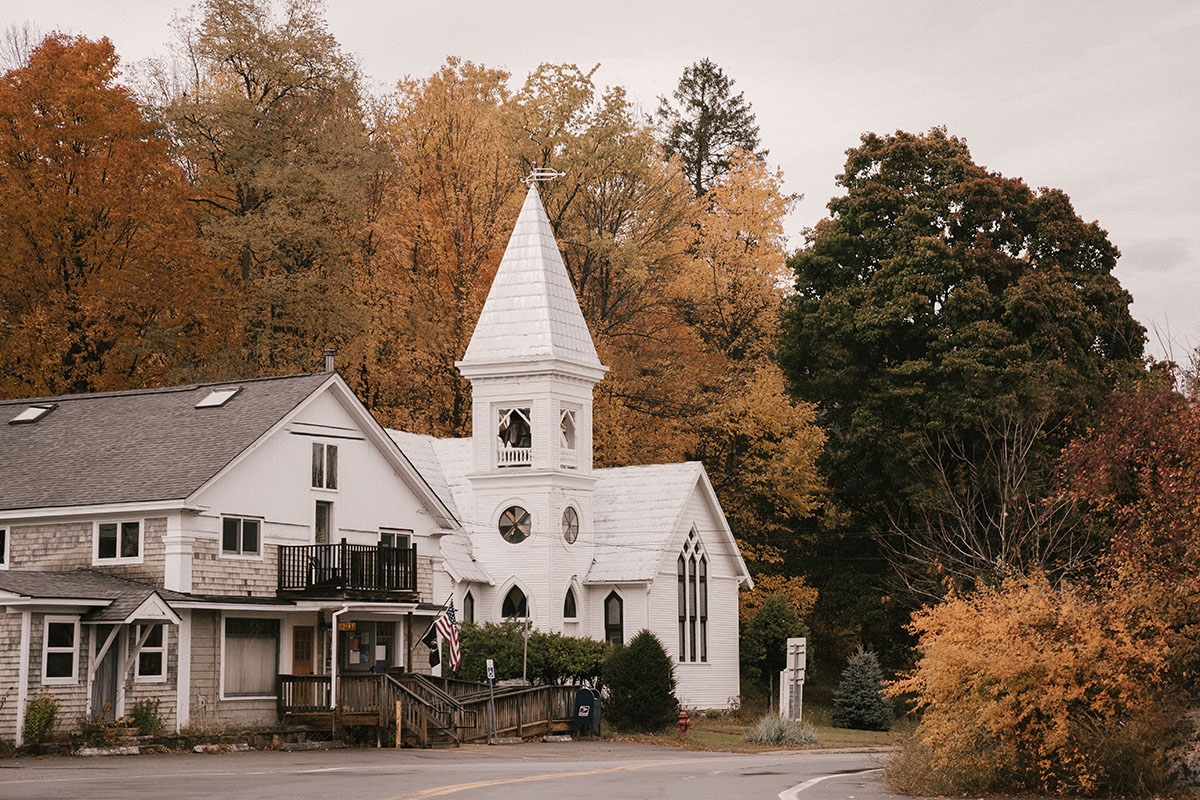 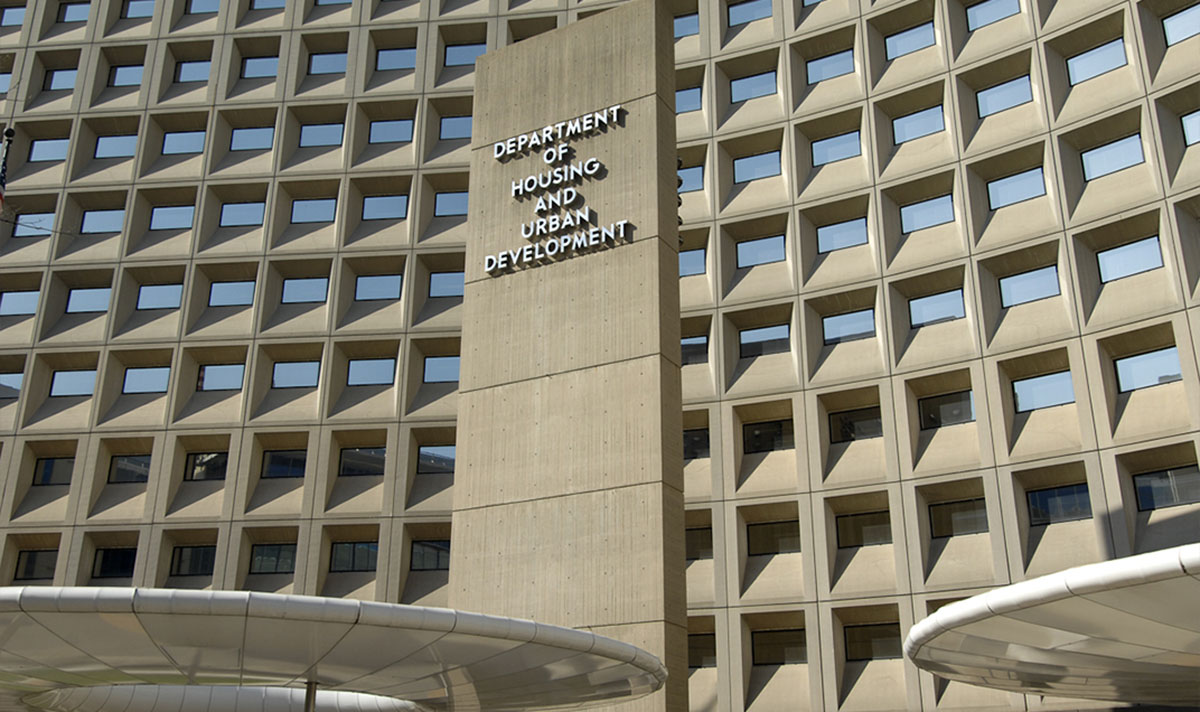 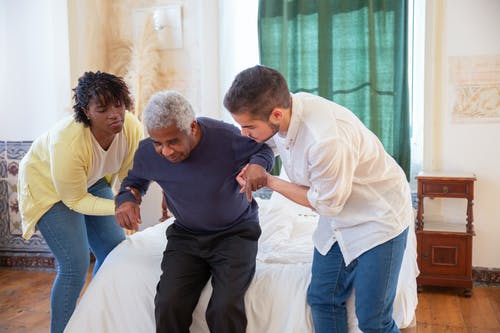 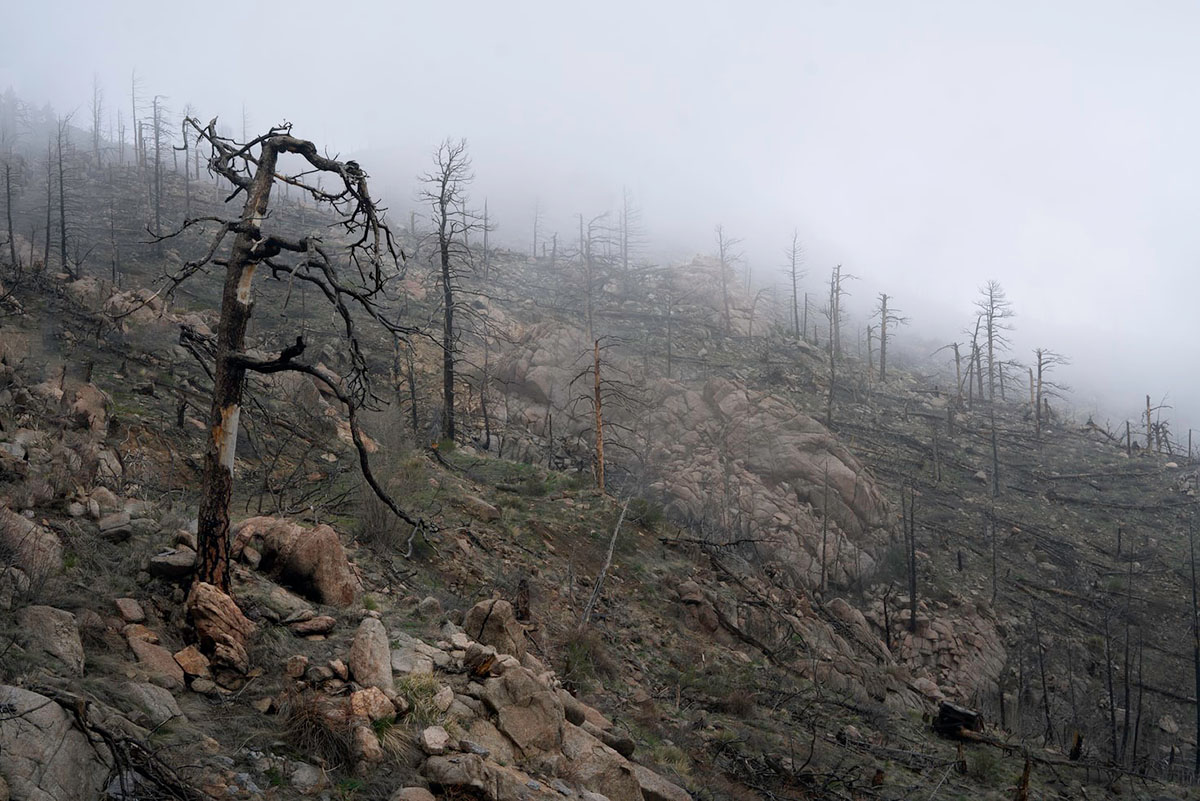